A 17th century marriage was more or less a business contract. It was about wealth, titles, patronage, heirs, and if one was a member of a royal house about politics. Everyone involved was aware of it.

Monsieur had the bliss, he would probably call it misfortune, to be married twice. As brother of the Sun King it was his duty to marry in order to produce heirs to continue his line and to form political alliances. Both of Monsieur’s marriages were political, the first marriage allied France to England, the second smoothed the tensions at the borders along the Rhine. Here we shan’t focus too much about his life as married man, but more on the weddings itself.

After Louis XIV wedded Marie-Thérèse d’Autriche in 1660, the time for his little brother to marry came as well.

There was no need to look at distant lands to find a bride, the bride already lived at the French court, but had until May 1660 little importance to anyone. Louis XIV himself did not like her much at all. He found her too thin, a poor relation, a bit too silly and not really attractive enough to wake his own interests. It was Henrietta of England, or as the French called her Henriette d’Angleterre. This Stuart princess spent most of her life thus far at the French court. Her mother was the sister of Louis XIII, her father the deposed Charles I, her brother Charles II a King without a Kingdom…. until 29 May in 1660.

Charles II claimed his rightful throne and his little sister, which he called Minette, became very interesting. Charles II could use the friendship of Louis XIV, Louis XIV saw a chance to prevent Charles from getting friendly with Spain. He later said in his memoirs “The marriage of my brother, served to keep Charles on my side.” Both Monarchs favoured the match. So did Mazarin, although he did not like the Stuarts much. Henriette Marie de France, who had hoped her daughter might become Queen of France, was favourable of making her the Second Woman of France at least.

What did bride and groom think? According to Charles II, his sister was “by no means upset over the prospect.” She was sixteen, he was twenty. They knew each other all their lives, without becoming particularly close or forming any kind of friendship, but at least she knew him in person. Unlike other princesses who did see their husband’s for the first time as they were already married to them. Minette was probably aware of the rumours about Monsieur’s sexuality… but it played not much of a role. The advantages were too great. A own household, a own fortune, sister-in-law to the King, not having to leave France…. being free of a sometimes slightly demanding mother.

Monsieur was not opposed either. He was eager to establish a own household, where his brother had nothing to say, and to get hold of his appanage. Said appanage would only be gained at marriage. It were the properties, parts of them, that his uncle Gaston de France had possessed and which reverted to the crown after his death. All in all, he was quite eager…. but not because he had much affection for the bride. What enchanted him in the moment and made him court Minette, might have been the prospect of a little freedom to be gained… and this freedom could not come too fast. Philippe urged his brother to get the whole thing done as quickly as possible.

On March 31 in 1661, three years after Monsieur had uttered a desire to wed, the great day finally arrived. It was by far not as glorious as Monsieur had wished for, since the court was in high mourning. Cardinal Mazarin had passed away three weeks earlier. Minette had been ill and had also to recover from the death of two of her siblings, Mary, Princess Royal, and Henry, Duke of Gloucester. Thus only a simple ceremony could be held.

On March 30, both made their confessions and witnessed how their marriage contract was signed by Louis XIV,  Marie-Thérèse d’Autriche and Henriette Marie de France. On March 31, around noon, both were married in the chapel of Henriette Marie de France in the Palais Royal. Present were their immediate family, la Grande Mademoiselle, the Prince de Condé and a small group of representatives. The following festivities only consisted of a small supper held by Minette’s mother. Bride and groom retired to their quarters at the Tuileries afterwards to perform the great deed… but it was not possible. “Monsieur le Cardinal” was in the way. It was that time of the month and Philippe not pleased at all. He slammed the doors shut apparently. After “Monsieur le Cardinal” had vanished, another attempt was dared with not much success as well. Apparently Philippe found himself unable to perform in a satisfying way.

Nevertheless all seemed to go well for the first few weeks, until talk of Minette’s flirtings reached his ears. From the very point on, both did their very best to make each others life as difficult as possible. Minette felt wronged by the flirting accusations, Philippe felt betrayed by his wife, his brother, and his lover. The marriage lasted nine years and came to an end due to the surprising death of Minette.

After the sudden demise of the first Madame, as the wife of Monsieur was traditionally called, a second Madame was needed. Louis XIV wasted no time with it. The very obvious choice for him was their cousin, the unmarried Anne-Marie Louise d’Orléans, called la Grande Mademoiselle, but she was not happy about it at all. Talk of such a match already circulated before Monsieur married Minette and while la Grande Mademoiselle was not really opposed to it back in the days, she was now. Mademoiselle was in love, not with Monsieur, but with a certain Duc de Lauzun, who she intended to wed.

In the end Élisabeth-Charlotte du Palatinat was to become to new Madame. She had no large dowry, was not really handsome, very German, but a descendant of Elizabeth Stuart and her father’s territory, along the Rhine, might prove useful in the future. It did. Monsieur appeared not to be moved too much by the prospect of a second marriage, the public observed him showing normal behaviour. It is hard to say what he might have thought about it, but it was certainly clear to him that he need to marry again. He had no male heir yet and one was needed. What might have cheered him, was the fact that this second marriage could be celebrated in style at least.

As custom required, a wedding by proxy took place first. Élisabeth-Charlotte, nicknamed Liselotte, converted from her Protestant faith to the Catholic and was wedded to Monsieur two days later, on November 6 in 1671, in the cathédrale de Metz. It was a cold day and the bride only dressed in a light gown of blue taffeta. Monsieur and the new Madame did not meet until a few days later. He travelled all the way from Paris, in not much of a haste and stopping often to receive congratulations, to meet his new wife on a road leading from Tilloy-en-Bellay to Châlons. The new Madame was nineteen years old, not much of a looker and of a plump figure. In Châlons, the couple received the blessings, attended mass and witnessed a solemn Te Deum. Feasting and fireworks followed.

The following day the couple left for Villers-Cotterêts, the chateau to which Monsieur fled as the Chevalier de Lorraine had been arrested, and there the party continued. More feasting and fireworks, congratulations and salutes, but it was only the hors d’oeuvre to what was to follow in Paris. The streets were crowded as the new Madame made her entrance into the city and she was thus introduced to every one of importance. Ball followed ball, banquet followed banquet. It was one big party lasting all they way through carnival until Lent arrived.

We can presume that Monsieur enjoyed this spectacle way more compared to the festivities to celebrate his first marriage. The wedding night seems to have been more successful too. At least there are no hints a certain “Monsieur le Cardinal” interrupted or any of the two were unable to entertain. This second marriage started out very well and remained in such a state for quite a while, never minding Monsieur’s preference for male lovers. Said male lovers were the reason in the end why the marriage became a little turbulent at times. All in all, it was still less troublesome, to Monsieur at least, then the first marriage. As the years passed by, both arranged themselves with the other and could laugh about the funny habits of the other. Madame ignored Monsieur’s moods, Monsieur in turn ignored some of Madame’s German traits. Liselotte outlived her husband and died in 1722 as the mother of the Regent of France. 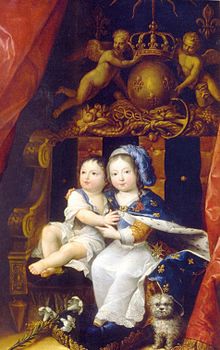 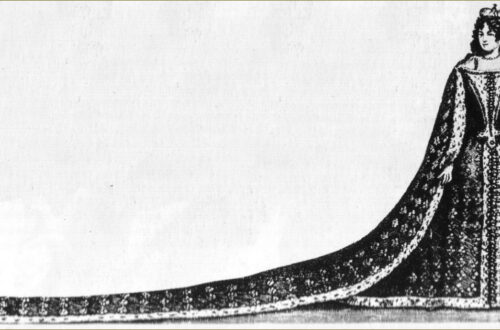