Charles Le Brun, also written as Lebrun or LeBrun, was born on 24 February 1619 into a family of artists. He was the third of five children born to the sculptor Nicolas Le Brun and Julienne Le Bé, who came from a family of writers.

Nicolas Le Brun trained his sons, Nicolas II, Charles and Gabriel, in the art of sculpting, but the boys showed more talent in matters of painting. Nicolas II was good at painting landscapes, Gabriel had a talent for portraits and engravings, Charles…. he turned out to be the most skilled of the three.

In around 1632, Charles became a pupil of the French painter, draftsman, and printmaker François Perrier. During this time, Charles sketched Louis XIII on horseback and this sketch found its way to Pierre Séguier, who happened to be Chancelier de France. Monsieur Séguier was utterly impressed with the sketch young Charles, who was in his early teens, fabricated and recommended the boy to Simon Vouet, a true master of the craft.

Simon Vouet was quite impressed as well and took young Charles as his pupil. Charles learned all about the Italian Masters and the style of the antique in company of his classmates, Pierre Mignard , André Le Nôtre and Eustache Le Sueur. All four became masters as well.

The works of young Charles were shown to Cardinal Richelieu and the Cardinal considered them to be extraordinary good. Thus Charles was from 1638 on hired by the Cardinal and allowed to call himself a Peintre du Roi. Not bad for a boy in his teens.

Those who want to master a craft, know that it is of utmost importance to never stop learning the craft, even if one has a natural talent for it or believes to know all there is to know, there is always something that still can be learned. And so, Charles Le Brun travelled from France to Rome, in 1642, with the help of Monsieur Séguier, to continue his studies under the guidance of the great Nicolas Poussin. Charles intensified his studies of the antique masters, copied their paintings, made his own in their style and sent everything to Paris. As Charles returned to Paris, in March 1646, his fame had quadrupled.

The time of Louis XIII and Cardinal Richelieu was over, they had both died while Charles was in Rome, and France was taken by a new spirit. The man in charge now, Cardinal Mazarin, was an avid collector of the arts and Charles made it his mission to impress the Cardinal. While doing that, he also won the favour of Monsieur Fouquet, who was just as crazy about art as the Cardinal. Fouquet wanted a large portrait of the Regent, Anne d’Autriche, and Le Brun delivered.

Charles could now call himself a Peintre et Valet de chambre du Roy, a proper honour, and decided it was time to marry. He chose Suzanne Butay, daughter of the court painter Robert Butay, as his bride and married her in 1647. They had no children.

The following year, Charles Le Brun became one of the founders of the académie royale de peinture et de sculpture. The purpose of this academy was to professionalise the artists working for the French court and give them a stamp of royal approval… also to sort of, a little, steer them into creating paintings that glorified the King. Le Brun and Colbert teamed up on the latter.

Then, after working on various projects for the crown and its nobles, Charles returned to work for Monsieur Fouquet and created a proper masterpiece. Fouquet asked him to have a look at his little château, Vaux-le-Vicomte, which was currently being built and in need of fitting decorations. In 1657 already, Fouquet arranged for Le Brun to receive a yearly pension of 12.000 Livres and now, in 1658, Charles took over Fouquet’s tapestry manufacture in Maincy to create the proper interior decorations for Vaux.

While working at Vaux, Cardinal Mazarin, in 1660, decided to properly introduce Charles Le Brun to King and court. Like many before him, Louis XIV was very amazed by the paintings Charles created…. he was also very impressed by the work done at Vaux and while Vaux was the downfall of Nicolas Fouquet, it also meant the rise of Charles Le Brun.

All the various artists of various professions working at Vaux, now changed masters and were hired by the King. Louis XIV hired Le Brun for the creation of a series of large paintings illustrating the history of Alexander, of which he was very fond, and Louis was so very impressed by the result that he ennobled Charles at once. Over the course of the next few years, Charles Le Brun was named Premier Peintre du Roi, which came with a pension of the same amount he previously received from Fouquet, was declared to be the greatest French artist of all time by Louis XIV, was made Garde général of the royal art collection and director of the Manufacture Royale des Tapisseries et Meubles de la Couronne. Le Brun created was it known today as the Louis XIV Style and was in charge of everything art-related that was done in the royal residences.

From 1661 on, Le Brun was responsible for the decoration of Versailles and had hundreds of painters, artists and craftsmen under him. Charles worked himself on the famous escalier des Ambassadeurs, the galerie des Glaces, and the salons de la Paix et de la Guerre. In the Louvre, he decorated the galerie d’Apollon and at Sceaux he decorated the dome of the Pavillon de l’Aurore…. but all good things come to an end. As talented as he was, Le Brun was not safe from court intrigues and shifting favour.

Upon the death of Colbert, in 1683, the position of surintendant des Bâtiments became vacant and was given by Louis XIV to Monsieur Louvois. Colbert and Le Brun were the perfect team. Le Brun was universally respected and praised for his works… but Louvois had his own favourite, namely Pierre Mignard. Monsieur Louvois made sure Pierre Mignard got his far share of projects to work on and left Le Brun out, although Le Brun was still a favourite of the King. Charles Le Brun thus slowly, but surely, began to turn his back to court and King. He retired from public life, feeling disgraced, and soon fell ill.

This illness eventually caused his death on 12 February in 1690. He was buried at the église Saint-Nicolas-du-Chardonnet de Paris. 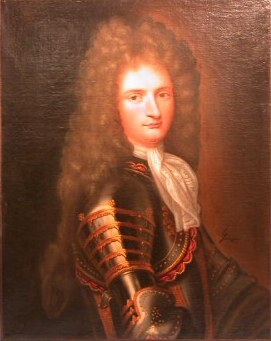 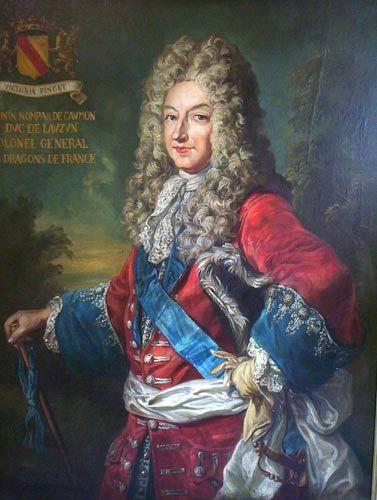