Theme License is not active! Please Activate it now to get started or if you don't have one - Buy it now.
Le Grand Carrousel – Party like 1660
Party like 1660

Louis XIV was a King that loved to show off and how to do that better than with hosting grand spectacles? If you have been to Paris, you probably stood in front of the Louvre to gaze at this massive building in awe. The very place you beheld the museum-palace from is called the Carrousel du Louvre. Odd name for a place and what do carousels have to do with it, you might wonder.

Back in the days of the Sun King, a carousel meant a sort of competition of horsemanship. It’s a mix of a parade with spectacular costumes, ring-races, and a tourney. In 1662, to celebrate the birth of his heir, Louis XIV hosted one of these in grand scale.  Said heir, Louis de France, who would later be called le Grand Dauphin, was born the previous year and the Kingdom rejoiced, but the birth of the Dauphin was not the only reason for Louis to host this magnificent party. Cardinal Mazarin had passed away in 1661 and since then Louis governed the country himself, thus it also was a bit of a celebration of his personal rule and the prospering of France… a glance at what his subjects can expect from him in the future.

Carrousels were nothing new in France and a few had been hosted since tournaments were banned after the tragic death of Henri II. He had been wounded by a splintered lance in a tournament celebrating the marriage of his daughter and died shortly after. Under the rule of Henri IV, the grandfather of Louis XIV, the first French Carrousel took place at the Hôtel de Bourgogne and was quite the sight to see.

Louis XIV’s Carrousel took some months preparation time. Not only needed tons of costumes to be made, the whole thing had to be choreographed properly too. The place between the Louvre and the Tuileries was turned into a giant arena with bleachers for up to 15000 spectators. A special raised platform, decorated with purple velvet and golden fleur-de-lis, for Louis XIV’s mother Anne d’Autriche, his Queen and mother of his heir Marie-Thérèse, and the high-ranking ladies of the court was set up in front of the central pavilion of the Tuileries, from which the ladies could behold the noble gentlemen and gentlewomen on horseback. Oui, women participated as well. Another two tribunes close-by, creating a sort of Roman-style theatre, were set up for the Princes and foreign ambassadors.

The whole court anticipated the event, it being the number one conversation topic, for months, until finally at June 5 it was time to enjoy what took so long to prepare. The first day of the Carrousel started with a sort of choreographed ballet/parade on horseback. It started at the Hôtel de Vendôme and consisted of 1297 people, of which 655 were on horseback.

The parade moved through the streets and along spectators towards the Tuileries, where several quadrilles of riders entered the arena. First were the Romans, in outfits of red and gold and lead by the twenty-five year old King himself. He was dressed in a suit of silver brocade embroidered with gold and precious stones, the harness of his horse was of the colour of flames and sparkled golden in the sun. A golden cloak wrapped around his shoulders and moved as he rode over the grounds like liquid gold. Musicians accompanied the riders as they moved to salute the Queens and ladies on the dais. Some of them could hardly contain themselves at the sight of the King. It is noted how particularly handsome and dashing he looked.

Next came the Persians, lead by Philippe de France, brother of Louis XIV, and they were not less dashing. Monsieur’s Persian quadrille wore red and white and sparkled all over. Ribbons and diamonds decorated their horses. Monsieur himself wore a golden suit with a very feathery headpiece, his riders giant turbans.

The Persians were followed by the Turks, lead by the Prince de Condé, the man who would later make history as le Grand Condé. Black and blue are the colours of this group. The Prince, already a hero of war, shines as Turkish Emperor. The Duc d’Enghien, oldest son of the Prince de Condè, leads the next quadrille. It’s the Indians and their costumes are very colourful, with what is described as the ‘colour of flesh’ being the dominating one. From the Indian Indians, to the American ones. The Duc de Guise lead the last quadrille, wearing a costumes that looks as if branches were attached to it. Feathers everywhere.

The spectators were in awe as the quadrilles moved into a staged fight and fired little colourful and scented balls at each other. What a show… and those costumes. Look at Guise, is that a silver scales made to look like those of a fish he wears? Oui.  And is that a sun the King displays? Oui. The Grand Carrousel is the first occasion that associates Louis XIV with his famous image of a golden sun and the words Nec Pluribus Impar, that usually go with the golden sun, and mean as much as not unequal to many aka I am better than you.

Day one ended with the staged fight and day two, June 6, began with more fighting. This time in form of ring races.  An agility contest in which the galloping riders have to pierce a ring with their lances. Not an easy task. The Comte de Sault was victorious and honoured by the Queen herself. His prize, a small and richly decorated box that contains a portrait of the King, it’s covered in diamonds and costs a fortune.

A race of heads followed, not actual heads, and it is just as difficult. The task here is to spear a puppet head, from something that is dressed like an Oriental warrior, while racing towards it at full horse-speed. The Marquis de Bellefonds did it the best and was celebrated for it.

The Grand Carrousel was the perfect way for Louis XIV to show off and to put his glory on display. Of course, the Romans won the staged fight, and thus their leader was celebrated grandly. For the rest of the participants, it was also a great chance to display their skills on horseback and as warriors. If someone is handy with a lance, it must mean he can also defeat the enemy on the field of battle, non? The Sun King enjoyed it so much, that he held another Carrousel some years later. This time at Versailles and as part of the The Pleasures of the Enchanted Island. Carlo Vigarani, set designer of the Grand Carrousal, also showed his craftsmanship there.

The Petite Académie, the ones who arranged the whole thing, and their head Perrault, spent the next eight years following the Carrousal with creating a commemorative book. It was published in 1670 by the King’s official publisher and full with descriptions of the event and drawings of all participants. 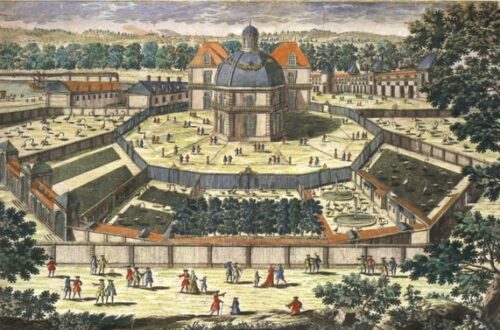 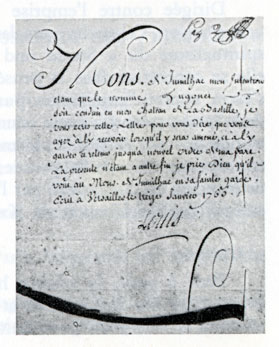