Theme License is not active! Please Activate it now to get started or if you don't have one - Buy it now.
Anne-Marie d’Orléans, Reine de Sardaigne – Party like 1660
Party like 1660

Anne-Marie d’Orléans was the last born child of Philippe de France and his first wife Henriette d’Angleterre. The couple married in 1661 and their first child was born in 1662. After a miscarriage in 1663, a son was born to them in 1664, who died two years later. Another 3 miscarriages, in 1665, 1667 and 1668, followed, before Anne-Marie was born at the château de Saint-Cloud on 27 August in 1669.

The little girl was styled Mademoiselle de Valois and baptised on 8 April in 1670 at the chapel of her father’s Parisian residence, the Palais-Royal. Henriette d’Angleterre died only a few weeks later upon returning from a secret mission that carried her to England. Anne-Marie was only ten months old then.

Philippe, for dynastic and political reasons, married again 1671. The bride chosen for him was Élisabeth-Charlotte du Palatinat aka Liselotte and she became a proper mother to little Anne-Marie. The first Madame had not too much of an interest in her children and Anne-Marie was too little to remember anything about her. Liselotte was rather doting with them and writes that Anne-Marie believed for a long time, Liselotte was her natural mother. Anne-Marie grew up together with her older sister Marie-Louise at the various residences of their father. The girls were very close with each other and enjoyed to fool around with their step-mum, who wrote: “I love her as if she was my own child.”

Both girls received the usual education for future grande dames: Reading, writing, languages, bible studies and religious character forming, along with riding, dancing, needlework, singing, etiquette, lessons on what was expected of a good wife and how to run a household. Monsieur was all the doting papa, but, according to Liselotte, in a bit of a competition with her to gain the love of their children. He was not really thrilled about the thought that the children could prefer Liselotte over him and spoiled them quite a bit to make sure of their affections.

Close as the girls were, it broke Anne-Marie’s heart as her big sister had to leave France. Marie-Louise was married to Charles II of Spain in 1679, as Anne-Marie was ten years old, and both were very aware during their tearful adieu that they would probably never see each other again. Marie-Louise died ten unhappy years later, aged only twenty-six.

Anne-Marie’s time to marry and leave France came only a couple of years after the marriage of her older sister. Since all of Louis XIV’s own daughters died young, he had to turn to his nieces to establish alliances by marriage with other sovereigns. The marriage of Marie-Louise and Charles II ensured peace and friendship between France and Spain, and the Sun King had something similar in mind for Mademoiselle de Valois. His gaze turned towards Savoy and Victor-Amédée II, the sovereign Duc de Savoie, whose mother Marie-Jeanne, was a great-granddaughter of Henri IV and whose father was a son of Christine de France, herself the sister of Louis XIII and daughter of Henri IV.

Savoy’s French-friendliness had not the extent Louis XIV hoped and thus he sought to remedy this by marrying Anne-Marie to Victor-Amédée, it did not really work out that well. Victor-Amédée apparently had to think a while about marrying a French Princesse and as his mind was made up, he sent the Marquis de Ferrero to ask for Mademoiselle de Valois’ hand on his behalf. The Mercure Galant of January 1684 reports that Louis received the offer on 17 January and after he discussed the matter with Monsieur, sent for Anne-Marie to inform her and ask her opinion. Saying he would not do anything on the matter until he had talked with his brother, who being a good father, did not wish to engage her without first consulting her. And adding that such a match would not make her a Queen, but this would not mean she would be less happy, for, after all, the court of Savoy was not too different from the French one, and she would hardly notice that she had left France. The Mercure reports further that Anne-Marie curtsied deeply and replied the wishes of her papa and her uncle are her command, then shed a few tears… (The Mercure says the reason for the tears was surely the pain of having to leave a King so great as Louis XIV, who is so kind and whose manners are so amiable. And that one could hardly blame her for shedding tears about that.)

The official engagement ceremony took place at Versailles on 9 April 1684 and the marriage by proxy on the following day, with the Duc du Maine standing in for the groom. It was not a lavish affair and more sombre, for the court was still in mourning for Marie-Thérèse d’Autriche.

Anne-Marie was fourteen years old as she married and received a dowry on 900.000 livres from her kingly uncle, along with jewels worth 60.000 livres from her papa and 240.000 livres out of her mother’s dowry. In turn, the new Duchesse had to renounce all claims towards her father and also all claims she might have in matters of inheritance towards her mother, meaning those of the throne of England, because her mother was a daughter of Charles I and sister of Charles II. From her new home Savoy, she received bridal gifts of 220.000 livres, of which the jewels alone were worth 80.000 livres.

In contrary to her older sister, whose departure from France towards Spain took quite a while, Anne-Marie departed pretty much at once towards her new home, but the amount of tears wept was the same. Monsieur accompanied her a part of the way, but only until Juvisy-sur-Orge was reached… 18 kilometres from Paris. She had French dames de compagnie, Anne de Lorraine, Princesse de Lillebonne, and Charlotte de Mornay, widowed Comtesse de Grancey, with her who accompanied her the rest of the way.

Anne-Marie reached Le Pont-de-Beauvoisin, a little village on the border to Savoy, on 6 May and met her husband there for the first time. The couple departed almost immediately for Chambéry, where their actual wedding took place in the chapel of the château de Chambéry.

The new Duchesse de Savoie got along quite well with her mother-in-law. Marie-Jeanne was a women of firm will and had ruled as Regent for her son for long years. She was quite pro-France in attitude. Victor-Amédée had a bit of a problem with the two getting along well, he, not as pro-France as his mother, thought it to be a political threat and was fed up with France’s influence on Savoy as well as that of his mother on him. His relationship with his young wife wasn’t too good at the start. The couples first child, Marie-Adélaïde (who would become the mother of Louis XV), was born December 1685 as Anne-Marie was sixteen and the birth nearly cost her her life. It was such a difficult birth, that everyone considered her to be lost and she received the Last Rites. It took until 1699 until an heir was born. In between, the Duchesse gave birth to five children, two girls of which one reached adulthood, two stillborn daughters and one stillborn son. Another two boys were born in 1701 and 1705.

The fact that it took so long until an heir was born, apparently didn’t go down well with Victor-Amédée. That he had mistresses, wasn’t something Anne-Marie liked too much at the start. Anne-Marie was according to Liselotte one of the most amiable and virtuous of women. She was certainly a good mother and also a quite devoted wife, nursing her hubby back to health as he had smallpox. She was lovely and pious, with excellent manners, and a kind heart. And also quite smart. As she had to act Regent on behest of Victor-Amédée in 1686, she did, although still very young, with much skill and did very well.

But life wasn’t always easy. Although the hubby had quite the ties with France due to marriage and birth, he did not want to play along to Louis XIV’s plans and broke with France in 1690. He sided with England and the Dutch Republic against France in the Nine Years War. Anne-Marie, her children and Marie-Jeanne demonstratively left the capital in protest.

And it got even worse. The hubby sided with Austria in the War of the Spanish Succession. Charles II, the husband of her sister Marie-Louise, wished for a Bourbon to sit on the throne of Spain after him, but a lot of other Kingdoms had a problem with that, for they feared a Bourbon on the throne would mean that Louis XIV would in fact control Spain and with it, also important trade routes and oversee territories. Instead of siding with his French relatives, Victor-Amédée sided with their opponents… and gave Anne-Marie the task to act Regent again while he was off to fight.

She did a good job again, despite everything, but it must have been utterly strange for her to stand on the enemy side. Opposing her father, her uncle, her siblings, her own daughters. Marie-Adélaïde married one of Louis XIV’s grandsons in 1697 and was now living in France. Maria-Luisa married Philipp V, the new Bourbon King of Spain everyone had a problem with.

In 1706, Anne-Marie had to flee Turin with her children as it was besieged by French and Spanish forces led her half-brother, Philippe II d’Orléans, and her son-in-law, Philip V. Victor-Amédée managed to hold out, although it seemed quite hopeless, until the Austrians and Prussians arrived to clear the field and safe the city.

As the war was declared to be over with the Treaty of Utrecht in 1713, Victor-Amédée received Sicily, formerly a Spanish possession, and a crown. Liselotte wrote: “I shall neither gain nor lose by the peace, but one thing I shall enjoy is to see our Duchess of Savoy become a queen, because I love her as though she were my own child…” The new King actually did not want for his wife to accompany to his coronation, but changed his mind last-minute, because he thought his wife and mother might get up to something, while he was away. So, Anne-Marie accompanied him and was crowned Reine de Sicile.

The following year, 1714, Anne-Marie became heiress presumptive to another Kingdom, that of England, Scotland, and Ireland and its Jacobite legacy, until the birth of Bonnie Prince Charlie in 1720. Also, in 1720, her husband was forced to exchange Sicily for the less prestigious Sardinia, but was allowed to keep his crown, which thus made Anne-Marie Reine de Sardaigne.

Reine Anne-Marie died eight years later, on 26 August 1728, one day before her fifty-ninth birthday, due to a heart failure. She was buried at the Basilica of Superga in Turin. 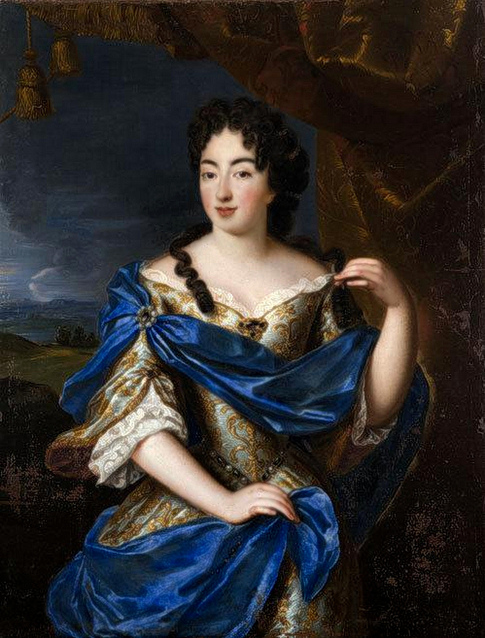 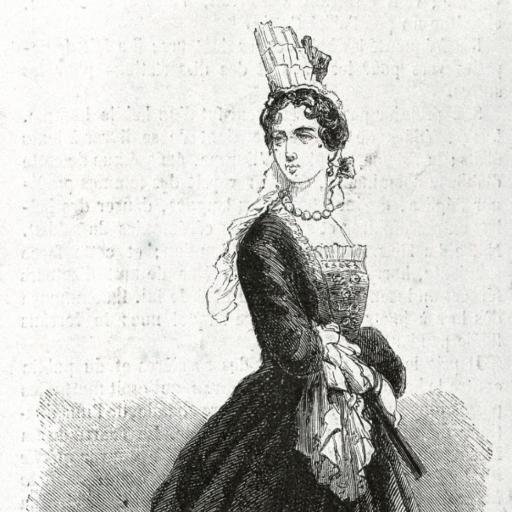