1 March, the King attends the marriage supper of the Grand maître de l’artillerie and Hortense Mancini, which is given at the Palais-Cardinal in Paris. The groom is given the title Duc Mazarin and made Peer of France.

2 March, the Duc and Duchesse Mazarin receive the King and court, who come to congratulate them upon their marriage and wish them well.

3 March, a royal decree is issued against Jean-François Paul de Gondi, Cardinal de Retz, currently residing in England, and all those who correspond with him or have intelligence on him.

3 March, Cardinal Mazarin dictates his testament, in which he returns all his possessions to the King, before receiving the viaticum.

5 March, Prières des Quarante-Heures are said in all churches of Paris for Cardinal Mazarin, a privilege actually reserved for those of royal blood.

6 March, Monsieur Joly, priest of Saint-Nicolas-des-Champs, is called to Vincennes to aid Cardinal Mazarin and to say the sermon for him.

6 March, Cardinal Mazarin dictates another testament, his final will, after speaking for long hours with His Majesty in the past days. The Cardinal chooses Monsieur de La Porte de La Meilleraye, who had just married his niece Hortense, as his universal legatee.

6 March, His Majesty renounces the universal legacy granted to him by Cardinal Mazarin in his first will and accepts the Cardinal’s second testament as binding.

7 March, the Cardinal is dying! Cardinal Mazarin receives the Extreme Unction. The court prepares to enter a period of mourning.

8 March, Monsieur Jean-Baptiste Colbert is appointed Intendant des finances by His Majesty. He has been recommended to His Majesty by Cardinal Mazarin.

Wednesday, 9 March 1661, Cardinal Mazarin takes his last breath around two o’clock in the morning, in presence of their Majesties.

9 March, the King meets with the Messieurs Lionne, Le Tellier, Fouquet and Lomenie de Brienne to consult them after the demise of the Cardinal. The latter had warned His Majesty not to put too much trust into Monsieur Fouquet and to work closely with Monsieur Colbert instead.

9 March, His Majesty orders a meeting of the Ministers for the morning of the next day.

9 March, the King and Queen leave Vincennes to travel to Paris. The King will meet his Ministers at seven o’clock in the morning on the next day.

9 March, in Paris, their Majesties meet with Monsieur le Comte and Madame la Comtesse, as well as Monsieur de Nevers and other relatives of the deceased, to ensure them of their affection and protection.

9 March, talk has it Monsieur de Nevers did not shed a tear over the death of his uncle. The Cardinal deemed him unfit as his heir.

9 March, His Majesty receives dispensation from the Pope (Alexander VII) regarding the marriage of Monsieur and the Princesse d’Angleterre.

10 March, Vincennes, seven o’clock in the morning, His Majesty meets with the Ministers and Monsieur Pierre Séguier, Chancellor of France. His Majesty appears to be nervous, but his voice is firm as he addresses the Chancellor: “Monsieur, I have assembled you and my ministers and secretaries in order to tell you that up till now I have willingly let the late Cardinal manage my affairs. It is now time that I manage them myself. You will aid me with your council when I require it. I ask and order you, Monsieur Chancellor to sign and seal nothing without my orders. And you, my secretaries of state. I order you to sign nothing, not even a safeguard or passport, without my orders. To inform me each day, and not to favour anyone. And you, Monsieur Fouquet, I have explained my wishes to you. I ask you to work with Colbert, whom the late cardinal recommended to me.”

10 March, the court buzzes like a beehive. Does the King really intend to govern the Kingdom on his own? Some speculate it to be only a phase and reckon he will grow bored of it in a week or two, and return to his ballets and amusements.

12 March, His Majesty grants an audience to the Comte de Fuensaldaña, ambassadeur extraordinaire of the Kingdom of Spain. The Comte was among those who accompanied Her Majesty to France.

12 March, His Majesty orders a non-working day throughout the Kingdom on the feast of Saint Joseph by lettres patentes.

13 March, the King grants an audience to the deputies of the general assembly of the clergy, led by the archbishop of Rouen (François de Harlay de Champvallon), which come to bring him their compliments and condolences, upon the death of Cardinal Mazarin.

13 March, their Majesties attend the preaching of the Jesuit Père Texier at the Louvre.

14 March, the King and Queen receive the nuncio (Celio Piccolomini) and the ambassador of Venice (Alvise Grimani).

15 March, the King and Queen receive Monsieur Ville, ambassador of Savoy, who is accompanied by more than thirty gentlemen from Piedmont and Savoy, and came to congratulate their Majesties on the peace (Treaty of the Pyrenees) and their marriage.

16 March, their Majesties attend the sermon of Père Texier at the Louvre.

18 March, the King grants an audience to the Comte de Saint-Albans (Henry Jermyn), ambassadeur extraordinaire of His Majesty, the King of England.

19 March, fête de Saint Joseph, their Majesties visit the Feuillants for their devotions. Bossuet preaches his Panégyrique de Saint Joseph in presence of her Majesty the Queen Mother.

25 March, fête de l’Annonciation, the King attends mass at the chapel of the Louvre, and the Vespers, before attending a preaching by Père Texier in the afternoon.

30 March, their Majesties sign the contract of marriage between Monsieur, the King’s brother, and the Princesse d’Angleterre. #1661

30 March, their Majesties attend the engagement ceremony of Monsieur and the Princesse d’Angleterre, which is celebrated in the grand cabinet of her Majesty the dowager Queen of England, mother of the bride. #1661

31 March, their Majesties and her Majesty the dowager Queen of England are present at the wedding of Monsieur, brother to the King of France, and the Princesse d’Angleterre, sister to the King of England. The Bisphop of Valence (Daniel de Cosnac) holds the ceremony.

31 March, the dowager Queen of England invites to a private supper in honour of Monsieur and Madame in her apartment, where also the wedding took place. The celebrations are smaller than originally intended, for the court is still in mourning for Cardinal Mazarin. 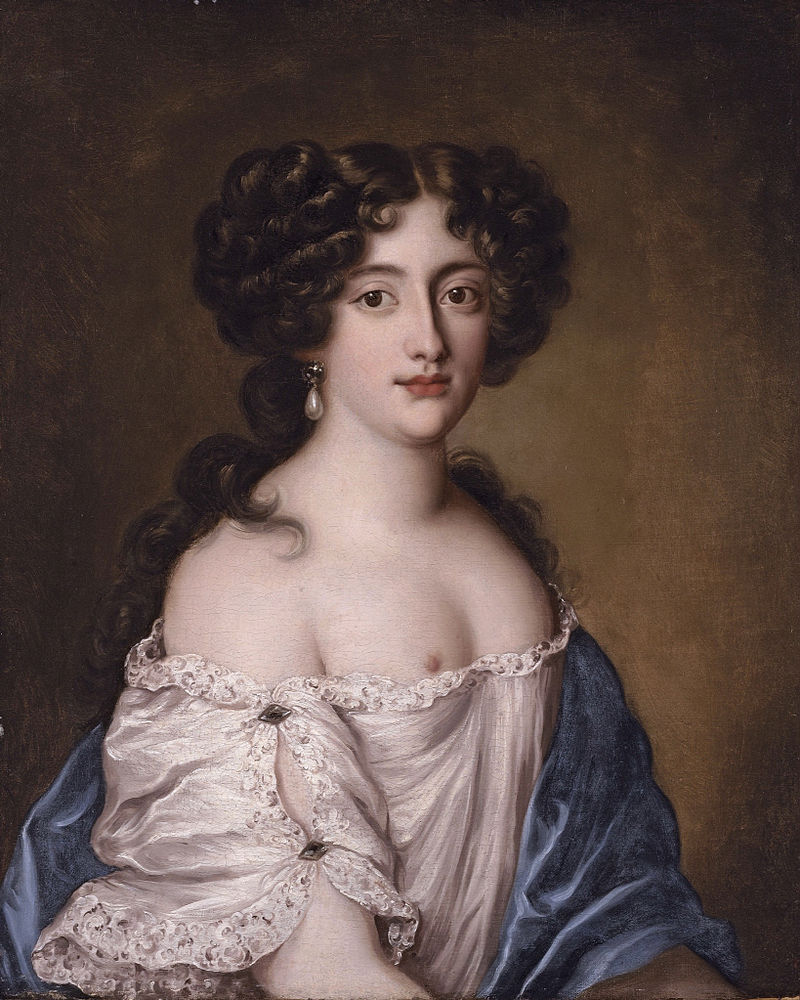