Theme License is not active! Please Activate it now to get started or if you don't have one - Buy it now.
Chronologie de la vie de Louis XIV, May 1661 – Party like 1660
Party like 1660

3 May, Aubeville, a gentleman who has earned his Majesty’s trust, sets out in secret towards Rome with a letter requesting the Pope to resume the trial of Cardinal de Retz.

4 May, the King decides to disgrace Monsieur Fouquet. He keeps his decision to himself for now.

6 May, his Majesty enjoys Fontainebleau, Madame is often at his side. She is much admired by all of the court.

8 May, their Majesties, accompanied by Monsieur, Madame, Monsieur le Prince and Madame de Princesse, visit the canal to be watch the galliots, after which refreshments are served to the whole court.

9 May, the King and Queen, in company of Madame la Princesse de Toscane, walk the parc and to the canal, before they attend a performance of a Comédie.

12 May, the court gossips about the gallant behaviour the King displays towards Madame.

(around) 15 May, the King, wishing to preserve the reputation of his musicians, who are considered to be superior to any other, appoints Monsieur de Lully, a gentleman from Florence, as surintendant and compositeur de la chambre and Monsieur Lambert as maître de musique de la chambre du roi.

19 May, the Boulonnais is taxed 30000 livres as “subvention du Boulonnais et de quartier d’hiver”, although the Kingdom is not at war. The people of the Boulonnais are not pleased with the decision.

19 May, their Majesties, blessed by God and in perfect health, continue to enjoy the delights of their stay at Fontainebleau, most of all the hunt, promenades, concerts and plays. His Majesty does not neglect his duties to the State and attends to them with great skill.

22 May, the King visits the Hermitage, in the forest of Fontainebleau, in company of Monsieur, Madame, Monsieur le Prince de Condé and his son Monsieur le Duc d’Enghien.

22 May, returning from the Hermitage, the King goes to the canal to join the Queens, Madame and the Princesses, for an appetizer.

25 May, Monsieur invites all of the court to a magnificent ball.

27 May, the King and the gentlemen entertain themselves with the chase in the forest of Fontainebleau.

28 May, the King welcomes the Duc de Lorraine at Fontainebleau.

29 May, his Majesty and the Duc de Lorraine set out to hunt boar.

30 May, the Duc de Lorraine salutes the King upon leaving Fontainebleau, after which the King withdraws for an audience with Monsieur Fantony, envoy of the King of Poland. 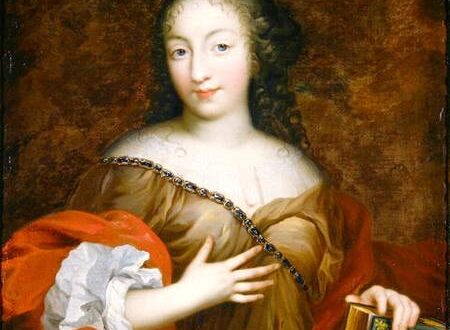