Theme License is not active! Please Activate it now to get started or if you don't have one - Buy it now.
Chronologie de la vie de Louis XIV, April 1664 – Party like 1660
Party like 1660

4 April, his Majesty attends mass, celebrated in honour of Saint François de Paule, at the couvent des Minimes de la place Royale in company of the Prince de Condé. Afterwards, his Majesty receives the ambassadors of England and Mantoue.

5 April, dimanche des Rameaux, their Majesties and Monsieur watch the grand procession from the Louvre, after which they attend mass and, around noon, the sermon of Dom Côme, followed by evensong.

9 April, their Majesties and Monsieur visit the église des Feuillants for the Tenebrae.

10 April, Jeudi Saint, after hearing mass and receiving absolution, his Majesty follows the tradition of the Last Supper and receives twelve of the poor of Paris to wash their feet and host them at table. Their Majesties then travel to the église des Feuillants for mass and will return again in the evening for the Tenebrae.

11 April, Vendredi Saint, their Majesties attend a sermon by Dom Côme at the Louvre, after which they return to the église des Feuillants for the Adoration of the Cross. Their Majesties then travel to Val-de-Grâce and are warmly received by her Majesty, la Reine-Mère, to attend the Tenebrae with her.

12 April, his Majesty travels to Saint-Germain-l’Auxerrois for his devotions and communion, after which his Majesty proceeds to the Tuileries to cure the ill with his touch. Le roi te touche, Dieu te guérit. In the afternoon, their Majesties, the Dauphin and Monsieur attend mass at the chapel of the Louvre, followed by evensong at the Oratoire.

17 April, his Majesty travels to Saint-Cloud, where Monsieur invites to a comédie espagnole, followed by a ballet and supper.

29 April, his Majesty hears mass at Sainte-Chapelle, at 9 o’clock in the morning, after which he holds a lit de justice to register new laws regarding Jansenism and other regulations.

30 April, his Majesty receives abbé Rospigliosi, who comes as envoy of Cardinal Chigi. 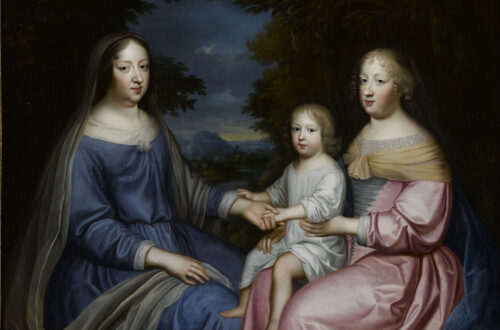 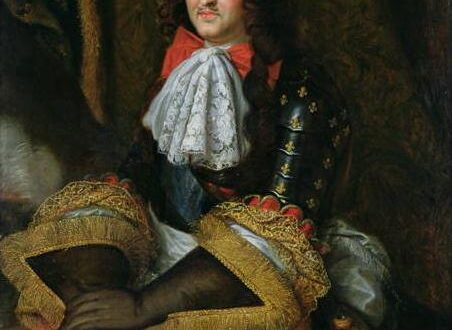