Theme License is not active! Please Activate it now to get started or if you don't have one - Buy it now.
Chronologie de la vie de Louis XIV, November 1661 – Party like 1660
Party like 1660

1 November, All Saints’ Day, excitement rules Fontainebleau, for her Majesty is about to give birth. His Majesty is by her side.

1 November, it is a boy! Her Majesty gave birth to a Dauphin at eleven fifty-three in the morning! His Majesty is beside himself with joy and rushed to the windows to announce “La reine est accouchée d’un garçon!”

1 November, the Dauphin is baptised (emergency baptism) by the Bishop de Rennes.

1 November, his Majesty and her Majesty, the Queen-Mother, attend a Te Deum to celebrate the birth of the Dauphin. Riders swarm out to carry the happy news to all corners of France.

1 November, on the happy occasion of the birth of the Dauphin, his Majesty invites around 500 ailing people to the allee du petit jardin, whom he touches to cure them of fevers and other illnesses. Le Roy te touche et Dieu te guerit.

1 November, his Majesty attends a ballet of various dances, performed by the Spanish Comedians in celebration of the birth of the Dauphin. The King is beaming with joy.

2 November, his Majesty orders the Duc de Créquy, his premier gentilhomme du chambre, to travel to Rome as extraordinary ambassador.

5 November, their Majesties receive the Nuncio (Coelio Piccolomini), who comes to congratulate them on the birth of their first child, the Dauphin.

6 November, their Majesties receive members of the Parlement, who come to forward their congratulations on the birth of the Dauphin.

9 November, their Majesties receive Monsieur de La Barre, who is in service of the Bishop d’Embrun, ambassador extraordinary in Spain. Monsieur de La Barre brings sad news, the Queen’s brother Philippe-Prosper d’Autriche has passed away not yet aged four on the 1st of November. #1661

14 November, the King receives Monsieur du Vouldy (Francois Guichard), who brings a letter by the King of Spain regarding the incident which took place in London.

18 November, his Majesty enjoys the hunt. A letter arrives for their Majesties, announcing the Queen of Spain has given birth to a boy on 6 November. #1661

29 November, their Majesties receive Lord Craft (William Crafts), premier gentilhomme de chamber of the King of England, and the Chevalier Barklay (John Berkeley of Stratton), captain of the guards of the Duke of York, who bring their compliments. 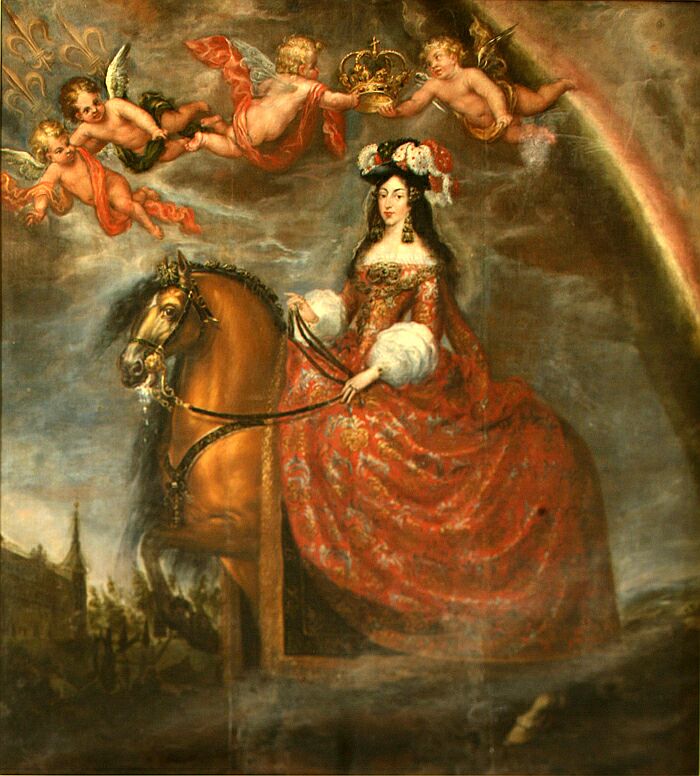