It’s two years already. Doesn’t feel like it, does it? It kind of feels like we only just started… but as I write this, we have October 18 and that means it is exactly two years since the first article was published here.

I still remember very well how nervous I was to hit that publish button. And how anxious I was about what people might say. Now, two years after I hit publish on that first article, I did it another 204 times and this one will be number 205. To celebrate that, I thought we all have a glance behind the scenes together.

This blog, or website if you prefer, would not exist without my partner-in-everything. Jules always said I should write about the things we discussed in private Twitter messages… but you guys know how it is… there is a big step between talking of doing something and actually doing it. In this case, I was quite comfortable with talking about it, it being 17th century France, but I did not think myself really capable of writing about it in a language that is not my mother-tongue. I don’t remember what made me do it in the end, but I sat down one afternoon and just did it.

Quite a lot happened since then. I met a lot of wonderful people and am honoured to call some of them my friends. Jules and I wrote a book together, which will be out in 2018. A second one is currently in the making. I also have a long list with articles I need to write in the next months. (Currently we have 20 points on there, with two articles a week that’s material for 10 weeks.) There was lots of positive feedback regarding the book(s) and articles. There was also a bit of… I don’t want to call it mansplaining, but it fits that category… which brings me to the behind the scenes stuff I want to share with you.

The most read article is the Chevalier de Rohan and the Latréaumont Conspiracy. Traffic is usually the highest on Sundays. In matters of Social Media sharing, Facebook leads with a good 10k reads more than the second placed Twitter. An article has usually around 2k words. The longest has over 20k, followed by a 16k one. If you wonder how long it takes to write them, depending on the length, a day for the shorter ones and up to a week for the long ones. For a Versailles review I need a good 8 hours, so for the 20 episodes so far around 160 hours.

My favourite category is clearly the search terms, because I’m always amazed what kind of searches lead people here… and a lot of them got something to do with bed-sports.  (Don’t worry, I can not see who searched what. Most of the searches are completely encoded, but in some cases I can see the keywords.) So, I sat down and made a bit of a list with those I found funny or strange. Here we go: On top of the search term list is xiv sex, followed by Versailles season 2, Chevalier de Lorraine and rohan louis xiv.

Of those who have nothing to do with sex, searches regarding Monsieur and the Chevalier, Rohan, the black nun of Moret, were quite frequent last year. This year it’s more about the two Madames and the Dauphin. Most of the searches are however not Versailles related.

The website is ad-free. Means I do not earn anything with it. Why am I doing it then? For the fun of it. Because I love to talk 17th century France and share all of that with you. I considered running ads, but decided against it. Simply because I do not want content I can not really control on here. You might call that silly, because money is always needed… but I don’t think you guys would enjoy a bunch of random ads everywhere.

What I did instead, was to insert a small button ( The one that says donate.) on the sidebar over which you can leave whatever you fancy. A Euro, a Dollar, a Pound. It is no must, but I’m very happy whenever someone hits that button, because although this website does not generate a direct income… it still costs me money to run it. Hosting has to be paid. If you hit that button, whatever you give will be used to keep partylike1660.com alive. On that note, many thanks to Tess, Vanessa and Micha for their support. I appreciate it greatly.

Many thanks as well to everyone who has subscribed, left comments and feedback. I hope you enjoy yourselves here, maybe read something interesting which you didn’t know before, or discover people in the court section who you didn’t know about yet. If you want me to scribble about a specific topic, leave me a message and I add it to the list. 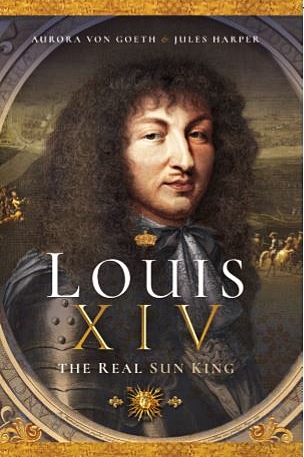