What a year, hm? I’m surely not the only one who thinks that the world got a little bit more crazy in 2017, am I? But I shan’t rant about politics and such things… for I would never finish. So, let’s talk about the exciting not politic things that happened.

The most important one is probably that Jules and I signed a book contract with the lovely people of Pen and Swords and after a couple of title changes, I can tell you that Louis XIV, the real Sun King will be out most likely in June 2018. The people at Pen and Swords did a truly amazing job with the cover, don’t you think? The picture on the cover of Louis XIV is actually a black and white engraving they coloured. It deserves a round of applause.

We had a first glance how the book will look with all images in place, a lot of images, last month and we are very satisfied with that too. I hope you will think the same. We wrote it in our usual chatty-style and tried to put as much info in it as we could, without making it boring. There is talk of Louis as King, as person, his loves, his health, his temper, his wars, his palace, fashion, etiquette… and much more.

I shall, of course, provide you with the necessary links to buy the whole thing once it is ready to pre-order. Are you excited? I am. And to be honest, I won’t really believe it until I hold a copy in my hands… and I can hardly wait for that. Jules has some ideas for us to celebrate a sort of interactive book launch together when it is time and I believe there will also be some book related treats we will hand out to those interested.

Partylike1660.com celebrated its two-year anniversary this year. Hurray. I was quite touched by all the kind words send into my direction, you are all lovely folks and I appreciate your feedback greatly.

Like I appreciate every cent you leave here via that donation button. It helps me to keep the whole thing running, since it brings me no direct income. On that note, a heartfelt merci beaucoup to Tess, Micha and Vanessa for hitting that donation button in support. Your contributions helped me to pay for the hosting of this humble website and I am forever grateful for it. <3

What else? As I write this, we nearly finished the mistress section. There are still a few more to go, including an article on Minette that is not yet written, but we are getting there. Our Sun King was quite the ladies-man, wasn’t he?

I have a long lists with topics I want to write about in the next months, but you can also drop me a message if you fancy me to write about something you have a particular interest in and I will put it on top of the list. Among the topics that are currently on the list, are the kids of Louis XIV, various people of the court, like the oldest brother of the Chevalier de Lorraine, Minette, as mentioned, the Princes de Condé and Conti, some royal residences, revolts and general court gossip. (If you have written a book and fancy me to feature it here, you can message me and I will happily do it.)

Of course, there will also be reviews for Versailles season 3. Are you looking forward to that? Season 3, I mean. If you read my ado about season 2, you know that I was not too taken with the season. Regarding season 3, I have rather mixed feelings concerning the teased topic of Man in the Iron Mask. I’m somewhat curious how they will tell a story has been told so often already… and at the same time I am quite disappointed they even made it a main topic for the season when there is so much else, so much more interesting things, they could do.

I would actually like to publish more than two articles a week, but there are other things to work on too… like research on a certain Chevalier. Some of you know that it is my long-term goal to write a whole book about him, but he is making research on his person rather difficult at times, so I can not promise anything yet… but have in mind to least do a draft manuscript of everything I found, or he allowed me to discover thus far, over the course of the year. I sometimes think he is making it especially hard for me to discover things previously not known to me, but that makes me even the more happy when I find a piece of the puzzle and can add it to the others.. may it be something as trivial as the name of a valet who worked for him.

What better way to end the year than to share some of my favourite books of 2017 with you? For example City of Light, City of Poison: Murder, Magic, and the First Police Chief of Paris by Holly Tucker. Or Maladies and Medicine: Exploring Health and Healing, 1540 – 1740 by Sara Read and Jennifer Evans. Or The Life of Henrietta Anne: Daughter of Charles I by Melanie Clegg.

Thank you again for all the support you showed me during the year. If you don’t do it already, you can follow me on Twitter or follow my latest project, the live tweeting of whatever Louis XIV did on this day in 1660, 1661 come the new year, by clicking here. There is also a small Louis XIV Facebook group, run by me and Jules, you are welcome to join. 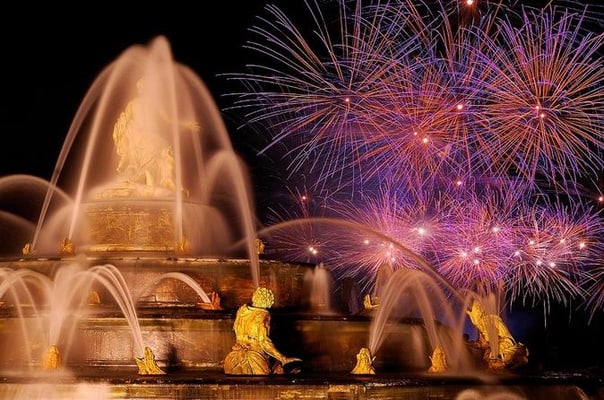