Theme License is not active! Please Activate it now to get started or if you don't have one - Buy it now.
Website issues… – Party like 1660
Party like 1660

Rant incoming, bear with me: My website is hosted by one of the major companies. For some time now, random posts stop to work. As in, they work fine one day, but the next day they are displayed as a blank page. (Not even the admin panel shows on them then.) Doesn’t matter what browser and which post is affected is totally random. None of them have been recently changed or edited either.

I noticed this for the first time some weeks ago, or rather it was pointed out to me that one post was not working. I checked it and decided it might be something temporary. You know, things fix themselves at times through updating this or that.

Then I honestly forgot about it… until someone else pointed me to a different post which is also displayed as a blank page. I found that quite irritating, because I knew for sure that this very post was working perfectly fine a couple of days earlier. I used it to schedule the tweets for @LouisXIVToday only a few days earlier. Now it was suddenly a blank page.

Nothing had been done with that post. I did not edit it. I did not change it. I installed no new plugin. I updated nothing. It just randomly decided to stop working. So, what to do? 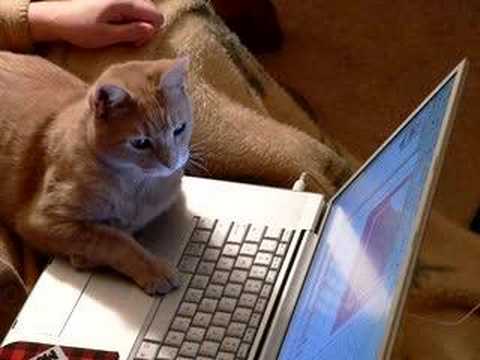 I sat down and searched for the post in question, it was the one about the party at Vaux, and it showed up all normal on the snippet (the small preview you see when you browse the page) but once I hit continue reading, there was only a blank page with no admin panel. (Accessing it via direct link or short link does not work either.) If you are familiar with WordPress you will know what I talk about now… I went to the admin section and searched it under all posts, trying to access it that way, but got a blank page. The edit option worked and brought me to the WP writer. It was all there, the text and the pictures. Hitting preview post on the WP writer, where you can see how a post looks once it is published, showed me a blank page. Very strange. I unpublished the post. Hit preview again and surprise… as unpublished draft the preview showed up. Thus I published it again and tried anew. Blank page. Unpublished and changed publishing date (from 2016 to 2018), then published it again… blank page. Then I tried to change the URL, meaning the web address of said post, to something completely unrelated and surprise…. the post showed all normal. After some testing back and forth, I figured that it must be indeed URL related, since as soon as I used a word from the original URL it displayed as blank page again. I did some serious cache flushing, but that did not change anything. As soon as a word from the original URL was used in the new one, the post did not show. While when naming it asdfghjkl the post showed perfectly and worked.

What to do now? We dismissed that it could be theme or plugin related and I had the lovely Jules call said major hosting company for me, since they are responsible for the URL hosting stuff too and I happen to pay them a lot of money for it. (This website does not generate income for me.) Jules explained it all to them and the other person on the phone was given the link to a broken post to see for themselves. What do they say?

We have two options…. the first is to check every post manually on the website to see which work and which do not. That’s over 400 posts. Then to change the URL manually until eventually one combination makes the post work again. Then to go back to all other posts in which the broken one is linked to ( I can’t even say what is linked where and all shared links, on social media and so on, would not work anymore either, which would seriously affect my overall view statistic) and to manually un-link and re-link it with the new URL. Since, as I said, they pretty much break randomly at any given time… that’s a task I would have to do at least once a week to make sure everything works as it ought to.

Or option two…. I pay them even more money, so they do a search for broken ones and replace them, which I guess I would have to do in regular intervals as well. One of those search replace things costs as much as the hosting for the whole website for half a year. That is all they suggested.

Since I can not spend that much money, I’m afraid the problem will remain until we found a fix for it. Changing the URLs is one, but like mentioned… it is a lot of work and I am hesitant to do it, because of the re-linking issues that come with it. It is especially problematic if it is a popular post, like the one about Lorraine, which is linked in like 200 other posts, not just on this website, but also on others and various social media sites. I can’t hire someone either to have a look at it and maybe find the problem and fix it in the code or something like that. We have found a handful of broken posts so far and if you happen to come across one, make sure to let me know. I do not know if the word URL issue is limited to the specific post, or applies to all posts. Meaning if I can not use a certain word in one URL to avoid blank pages, that I can also not use it on any other post. If yes, I will probably have to default it all to numbers or something like that, because it the word happens to be a popular first name… that would mean a lot of posts would display as blank page as well.

I guess the moral of the story is, that I will definitely change hosting companies as soon as I can. I’m sorry for the inconvenience.

Mademoiselle Has Been Interviewed