Theme License is not active! Please Activate it now to get started or if you don't have one - Buy it now.
Anne de Gonzague de Clèves, Princesse Palatine – Party like 1660
Party like 1660

An Italian-French noblewoman married to a penniless Palatine Prince, whose ancestors could have sat on the English throne if they had not converted to Catholicism.

Born in Paris in 1616, Anne-Marie de Gonzague was the daughter of Charles de Mantoue, brother of the famous Henri de Guise, and Catherine de Lorraine. Anne was the youngest of their six children.

Her family meant for her to follow a pious life as a nun in a convent, but Anne was not at all thrilled about it. She was educated at Notre-Dame de Faremoutiers, not too far away from Paris, under the care of Françoise de La Châtre de Maisonfort and remained there until 1637, the year her father died.

Free of possible parental reproaches, Anne left her convent in a swift to lead an adventurous life and fell hopelessly in love with her cousin Henri de Lorraine, at that time Archbishop of Rheims. In 1639, the year he became Duc de Guise, Anne and Monsieur de Lorraine had a clandestine marriage ceremony, which she seems to have thought legally binding.

The marriage was not made public, yet Anne considered herself as his wife, even following him to Sedan in 1640 disguised as a nobleman. By 1641 however, the Duc had grown tired of her and broke with her. Around the same time, Henri made merry with Honorée de Berghes, widowed Comtesse de Bossut, and it seems Henri also married her in a secret ceremony in November 1641. This second marriage was declared valid in 1666 by the Sacra Rota, but both the King and the House of Lorraine/Guise refused to recognise the decision in order to prevent the lady from claiming parts of the vast Lorraine/Guise fortune. As for Anne, she sued Henri to recognise her as his wife. It was not successful.

Anne lived at the French court during this time and did so for most of her life. After the death of Louis XIII and the minority of Louis XIV, Anne began to play an important role at court. She made friends with le Grand Condé and led a happy life full of gallant adventures…. but then had to marry.

She married the landless and penniless Edward, Count Palatine of Simmern, on 24 April in 1645 in Paris. He was nineteen and thus nine years younger than her. She was not really thrilled to have him as husband. Although, as the sixth son of Frederick V, Elector Palatine, aka  the”Winter King” and Elizabeth Stuart, daughter of James VI, Edward had some drops of royal blood.  (Her sister Marie-Louise was married half a year later by proxy to Władysław IV Vasa, King of Poland. After his death in 1648, she married his brother and new King of Poland John Casimir.)

Married or not, Anne continued her gallant live at the French court. As the Fronde created havoc all over the Kingdom, she sided with her old friend Condé and functioned as a sort of intermediary between the Condè fraction and that of King and Mazarin. The latter two kept her at a distance due to her friendship with Condé, especially after the arrest of Condé and his unwanted release. She had called all Parisians to take over the city in protest, creating a major uprising, which forced Mazarin and the Regent to have Condé released.

After the end of the Fronde, Anne somewhat returned to the good graces of the King. At least she was promised the position of surintendante de la maison de la Reine. She was appointed at such in 1660, but had to resign from the office in 1661 by orders of Louis XIV, who then gave the position to his old love-interest Olympe Mancini.

Thus Anne left France for a while and did not return until 1663, the year her daughter Anne-Henriette-Julie, better known as Anne-Henriette of Bavaria or Anne of the Palatinate, married Henri-Jules de Bourbon, the lunatic heir of le Grand Condé. With her daughter married to a Prince du Sang, Anne gained a better position at court again. Her husband had died the very same year, on 10 March in 1663, leaving her with not much wealth.

Back in France, Anne returned to her old gallant lifestyle and thanks to her Palatine relations, she played an important role in regards of Monsieur‘s second marriage to her niece Liselotte. As a close friend to Monsieur, and his deceased first wife, she negotiated parts of the marriage contract, including the bride’s conversion to Catholicism.

Maybe this had a bit of an effect on her too, for she completely changed her lifestyle afterwards from gallant to pious. Apparently after she had a dream in 1671 urging her to give up life at court. While she was one of the most celebrated salon hostesses in the early reign of Louis XIV and an avid collector of arts, she now became deeply devoted woman and died on 6 July in 1684.

If she had not talked her hubby into converting to the Catholic faith, it would have been possible for one of their descendants to claim the English throne. 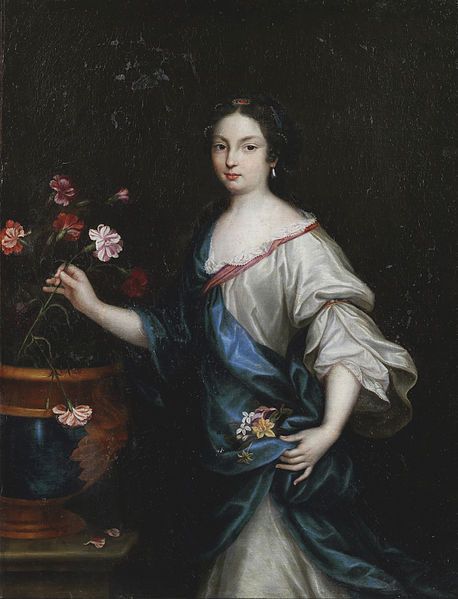