1 February, the King enjoys the hunt in the area around the village of Saint-Denis.

2 February, Feast of the Purification of the Virgin, as it is tradition, their Majesties, Monseigneur and Monsieur are presented with a ceremonial candle by the rector of the university. Then  their Majesties attend the procession which takes place by the Louvre, after which, in the afternoon, they attend the sermon by the Abbé Bossuet.

4 February, their Majesties receive the ambassador of Venice and the envoys of Mainz, Mantua and of the prince Palatin. The Duc de Mazarin has returned from Alsace and is thus received by his Majesty. Madame de Mazarin is in blessed circumstances and good health. In the evening, his Majesty, in company of Madame, attends a Troupe Royale performance of Policrite by Claude Boyer.

6 February, his Majesty and the Duc de Lorraine (Charles IV) have today signed the Treaty of Montmartre, by which his Majesty gains control of the sovereign Duchy of Lorraine and the House of Lorraine rights to succeed to the crown of France.

7 February, the salle des machines in the Tuileries is inaugurated with a performance of Ercole amante, with eighteen ballet entrées and intermèdes, by Monsieur Cavalli. Their Majesties dance in it, with all the court present to watch the glorious spectacle.

9 February, their Majesties receive the envoy of the Duc de Lunebourg and the Cardinal-Landgrave de Hesse, who have come to congratulate them on the birth of Monseigneur.

11 February, the King and Queen greet the Duchesse d’Angoulême, who has just returned from Tuscany, to where she had accompanied the Grande-Duchesse.

12 February, the King enjoys the hunt in the Bois de Boulogne.

13 February, the King receives the Marquis Scoti, envoy of the Duc de Parme, who has come to bring his congratulations on the happy occasion of the birth of the Dauphin.

14 February, Ercole amante, which had been commission by Cardinal Mazarin for the wedding of their Majesties, but was so much delayed that it just celebrated its premier, is performed again. His Majesty dances as the God Mars.

18 February, Ercole amante is performed once more in presence of the court. Talk has it that, although the King’s part is celebrated by everyone, the opera itself is not too well received by the people.

20 February, their Majesties attend mass at the Oratoire. They will attend another performance of Ercole amante in the evening. Monsieur Molière has today, at Saint-Germain-l’Auxerrois, married Armande-Grésinde-Claire-Élisabeth Béjart, an actress of the troupe de Monsieur.

21 February, their Majesties attend mass at the Oratoire once more.

22 February, Cendres, their Majesties attend mass in the chapel of the Louvre. After which his Majesty goes to the Plaine de Grenelle for a promenade.

23 February, the King enjoys the hunt at the Bois de Boulogne.

24 February, Monsieur de Louvois is given permission to take over the Secretary of State for War, in the absence of his father, although Monsieur de Louvois has not yet reached the proper age of twenty-five. His Majesty receives the deputies of the Parlement de Dauphiné, lead by the Duc de Lesdiguières, who is the governor of the place.

25 February, the Duchesse de Retz, sister of the disgraced Cardinal, visits the Louvre to bring the letter of resignation of her brother. The King is pleased, but forbids the disgraced person to show himself in Paris, until a successor is found. His Majesty grants an audience to envoy of Spain and the deputies of the Parlement de Provence.

26 February, their Majesties attend the Lenten sermon of the Abbé Bossuet at the Louvre. It is planned for the Abbé to hold various sermons on various topics at the Louvre during this Lent. His Majesty names Pierre de Marca to be Archbishop of Paris, after the resignation of Cardinal de Retz.

27 February, at around nine o’clock in the morning, his Majesty visits Sainte-Chapelle for mass, after which he attends the Grand Chambre du Parlement and holds a lit de justice on the subject of the treaty concluded with the Duc de Lorraine.

28 February, the King and her Majesty the Queen-Mother attend the baptism of the second son of the Prince de Conti and his wife, Anne-Marie Martinozzi, at the chapelle du Louvre. The child is named Louis. 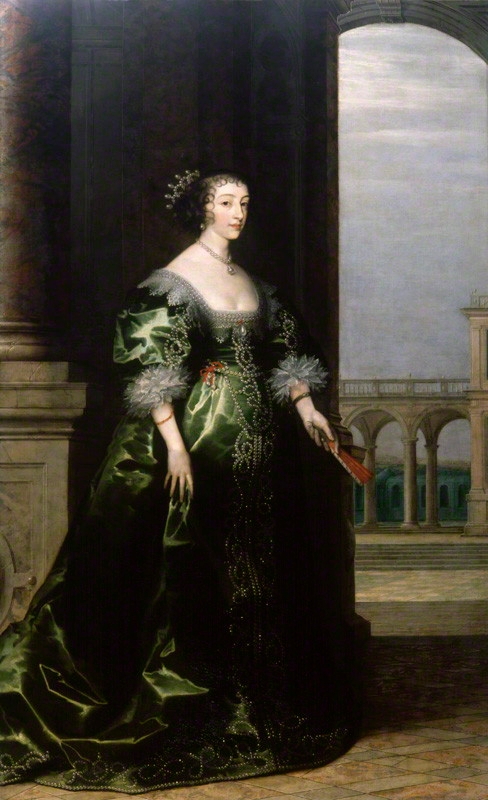