Theme License is not active! Please Activate it now to get started or if you don't have one - Buy it now.
Must-watch Louis XIV movies… – Party like 1660
Party like 1660

With Versailles being over, do you wonder what Louis XIV related productions you could watch next? As it happens, Louis wasn’t just a great King, but also is a bit of a movie star. There is plenty of stuff featuring him and I will list some of them, the ones I like the best, for you. If you are here often, you probably have seen me recommend some of them already… and if you still haven’t watched them, it’s about time you do it. (As always, I will link you to the movies on Amazon. Those are affiliate links and if you happen to buy one of the movies via those links, I get a few pennies for you clicking on them without any extra costs for you.) 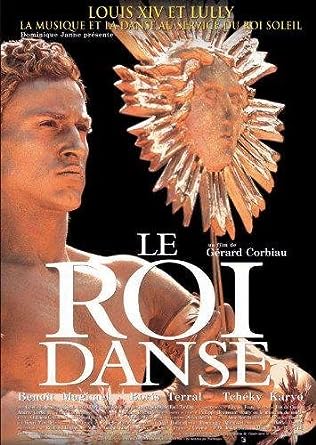 Le Roi Danse is a very splendid movie from 2000 and directed by Gérard Corbiau. Benoit Magimel plays Louis XIV and I have honestly never seen someone do it half as good as he did. He is not just extremely handsome, he also manages to capture that Louis XIV air to perfection. The story follows the Sun King’s friendship to the composer Jean-Baptiste Lully, who pretty much wrote the soundtrack to Louis XIV’s life. This friendship has its ups and downs, sometimes the get along better, sometimes not so well… I strongly recommend you to watch it. It is opulent and glorious. It looks so very good and it sounds just as good. The dance scenes are amazing. Unfortunately, it is very difficult to get an English version of it, but you can download English subtitles for it. 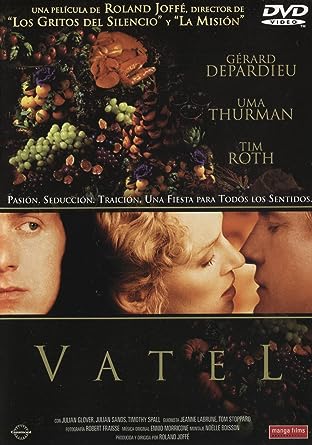 Vatel is another of my personal favourites. It follows the story of Louis XIV and his court being invited by le Grand Condé for some partying. Condé is not the youngest anymore and hopes this fete might return him fully to favour, because he is running out of money… and the King contemplates going to war. Gaining a command might save him. That puts a lot of pressure on the man responsible for the entertainments and food, Monsieur Vatel.

This is actually one of very few movies that also features Monsieur in a prominent role and he is truly fabulous and a show-stealer. He has a bunch of mignons with him and one of them happens to be the Marquis d’Effiat. The Chevalier de Lorraine is not there, he was in exile at that time. 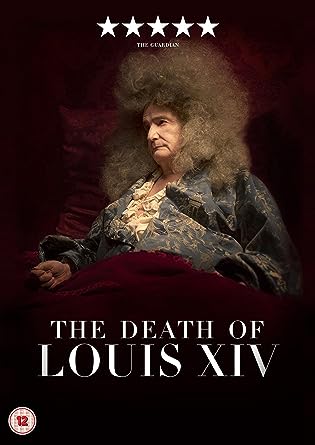 The death of Louis XIV is a relatively new movie and if you are emotionally attached to the Sun King, like me, do not watch it on the 1st September. As the title hints, this movie follows the last days of Louis XIV in depressing detail. Everyone knows the end is near, yet they cling to hope and every little thing that could be a good sign regarding the King’s health is celebrated. Like when he manages to eat a spoon full of soup. Louis knows that the end is near as well, but does his best to still perform his kingly duties.

If you have Amazon Prime, you can rent the movie there as well. It is French with English subtitles and if you click here, you can test Amazon Prime for free for 30 days. 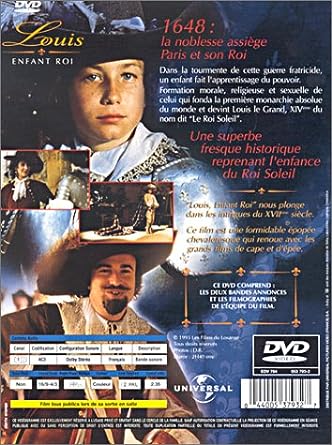 Louis, enfant roi is a French production from 1993 and very very hard to get with English subtitles… if you are German, you might be lucky to find a version with German subtitles. I saw it years ago on Arte, during a Louis XIV theme night. The movie follows the childhood of Louis XIV and his brother Philippe. We see them play, be merry, dance and grow up in a court full of intrigue… then battle with the Fronde. For some odd reason, the actor playing Philippe is blond. 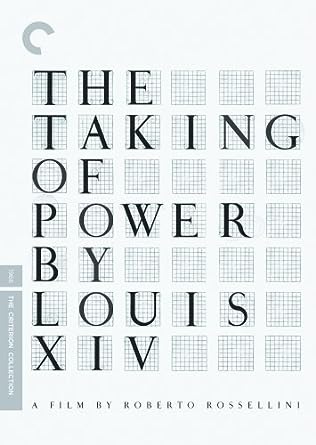 The Taking of Power By Louis XIV is another very good one… but it can be rather dull at times due to its general atmosphere. What this movie does very well, is to show court life. I love the supper scene. The acting is a bit stiff, but that fits how one acted around the King… always aware of every movement and word. If you fancy handsome faces and naked flesh, you won’t find anything like that here… but you will have a glance at how stiff and dull life at court could be. As the title says, this movie is mainly about Louis XIV choosing to rule himself instead of picking a new Prime Minister. 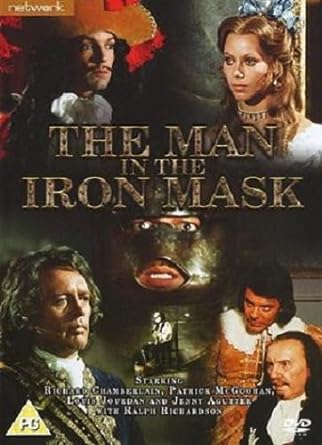 The Man In The Iron Mask… Versailles played with that idea in season 3 and if I had to choose between all Iron Mask movies, I would pick this one here. It is the 1976 Richard Chamberlain one. I just like it the best… but 1998 Leonardo DiCaprio Man In the Iron Mask is not too bad and has the very awesome John Malkovich and Hugh Laurie aka Dr House in it. The whole story is fiction, so… let’s say some did it better than others. You probably get the hint. 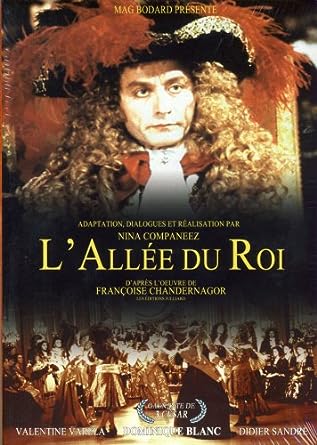 L’allée du roi is another must-watch. It is very long and follows Louis XIV’s relationship with Madame de Maintenon, another thing Versailles season 3 played with… just that this version of it is better and closer to history. Here’s a bit of a teaser. Funnily, Madame de Maintenon is here played by Dominique Blanc, who played Anne d’Autriche in Versailles. In the first part, we follow the future Madame de Maintenon and see her married to Monsieur Scarron, which changes her life a bit. She becomes the star of his salon and gains some admirers. As fate would have it, she eventually joins court as governess of Madame de Montespan’s kids with the King… and you know the rest. 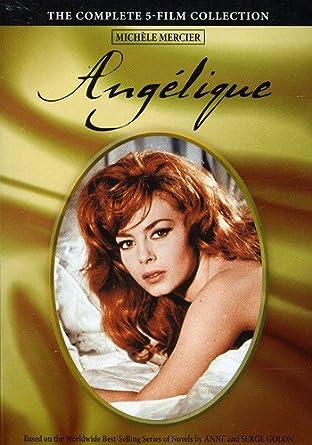 Last but not least…. Angelique. It is not just one movie, but a whole series and with autumn coming up you might want to consider getting it for some binge-watching on a rainy day with tea and cookies. Angelique is the fictional cheesy story of a young girl, who is married to a not at all handsome gentleman and eventually falls in love with him… but then he gets arrested. I don’t want to spoil too much, but the hubby is thought to be deceased… but is not. Thus Angelique tries her best to find him, while fighting her way back up the ranks. Not all parts of it have Louis XIV in them, but the first few do… along with a very bad version of Monsieur and Lorraine. A new version of Angelique is currently being made and the first movie is already out for some years. It looks good… but I recommend you to stick with the original

There are more Louis XIV movies about, but most of them don’t give him enough screen time to be listed here… or are simply awful… (in case you wonder why I did not include A Little Chaos, the latter applies to that one in my opinion. I watched it once and found it so bad, that I could not get myself to watch it a second time until now in order to review it. I might do that at some point… I might not. In case you find that movie totally awesome, you are allowed to do so, just like I am allowed to not find it awesome and thus not include it here.)

If you know a Louis XIV movie I did not list and you think should be listed, leave me a comment below.

Of Ink, Wit and Intrigue…

Recipes from the time of Louis XIV