If you read about 17th century France, you will often encounter quotes from a certain Monsieur de Bussy-Rabutin. The most famous quote is probably “Absence is to love what wind is to fire; it extinguishes the small, it inflames the great.”

Roger was born on 13 April in 1618 as third son of Léonor de Rabutin and Diane de Cugna. His father was lieutenant du roi in Nivernais, a province around the city of Nevers, which roughly coincides with the former Duchy of Nevers. The Rabutin family was rather old and of distinction. The famous Madame de Sévigné belonged to it and was Roger’s cousin and letter-writing-partner.

He was sent to the Jesuits in Autun to study and later on to the Parisian College de Clermont, renamed Lycée Louis-le-Grand in 1682, which he left aged sixteen to join the régiment de Bussy-Rabutin as captaine. This regiment was under command of his father and Roger took over one year later, in 1634. The same year, he participated in the siege of La Mothe-en-Bassigny under Jacques Nompar de Caumont, Duc de La Force. (A ancestor of the Duc de Lauzun.) Roger did quite well and participated in most of the following great battles of the Thirty Years’ War afterwards.

Roger was not sans ambitions. He said himself he wanted to win military glory and that as an honnête homme -a honest man-… but there was also quite a bit of gallantry going on, which made him neglect his duties. As consequence, Roger landed in the Bastille for five months on orders of Cardinal de Richelieu in 1641.

The gallantries continued once Roger was out of the Bastille and he gained the reputation of being in pursued of such adventures, roaming the Parisian salons and flirting shamelessly.

Roger married his cousin Gabrielle de Toulongeon in 1643 and left the army for a short time. They had three daughters: Diane, Charlotte and Louise-Françoise. He was back with the troops the following year and inherited the office of lieutenant de roi en Nivernais from his father in 1645. Gabrielle de Toulongeon died young in 1646 and Roger became even more notorious in matters of gallant adventures. He even kidnapped a lady.

This lady was Marie de Miramion, whose father was a conseiller et secretaire du roi and widowed. Marie was beautiful, with brown hair, dark blue eyes and alabaster skin. She loved to dance and loved the theatre. Her aunt and uncle found her a husband as she was fifteen, but that husband died only a couple of months later due to a fever. They had a lovely little daughter, who fell ill with a serious chest ailment a couple of years later. Marie was quite desperate and vowed that if her child should survive, she would go on a pilgrimage. Her daughter survived and Marie left for a pilgrimage to St. Valerian. On the way there, Marie and her mother-in-law were lured from the road and waylaid, by a group of men employed by Monsieur de Bussy-Rabutin. He fancied Marie… and the fact that she was quite rich… and had her brought to the château de Launay, while her attendants, including the mother-in-law, were all left at the road.

Roger tried to get her to agree to a marriage, but Marie refused. She also refused to eat and drink. Thus he had to set her free again. Just in time, because Anne d’Autriche, then Regent for the young Louis XIV, had heard of the matter. Of how a lady of the court, a respectable widow, was kidnapped by a man of the court, one famous for love-adventures. Anne ordered an armed regiment to rescue Marie. It was already under way. Of course, Roger had his own regiment and it would be an equal fight… but they refused to support him, for they believed the whole thing was set up and the family of the abducted Marie was involved in it, because they wanted to use it for their benefit. In the end, Marie was released and entered a convent to recover from the shock… and also to prevent a second kidnapping. Roger had to pay quite the compensation to the family and married Louise de Rouville in a swift.

As the Fronde swept over France, Roger joined Condé’s fraction, under whom he had served in the past, but then switched sides and returned to the royal forces. He fought with great bravery, which earned him the esteem of the young Louis XIV. In 1665, Roger bought the office of mestre de camp and went to Flanders with Turenne. He again fought with great bravery, but did not get along very well with Turenne. Partly because they had two quite different personalities, partly because Roger was rather full of himself and wrote some cheeky chansons. The latter made him a persona-non-grata with many people at court and within the troops.

But he also had some more libertine-minded friends… and that led to the next great scandal. Monsieur de Bussy-Rabutin was among those who participated in the infamous Roissy orgy. It was Holy Week in 1659, as a group of men gathered at Roissy to amuse themselves a bit. Easter week was traditionally dull at court and so these gentlemen, a nephew of Cardinal de Mazarin among them, being quite fed up with fasting and acting pious, had a pig baptised as a carp and devoured it. Mazarin heard of it and punished all those involved. His nephew was exiled to the German border and Roger to his château.

Roger was joined by his mistress the Marquise de Montglas and both of them enjoyed each others company… until the Marquise fell ill. To cheer her, and to battle boredom, Roger sat down and began to scribble in 1660. His scribblings turned into a book called Histoire amoureuse des Gaules and caused the next big scandal of his life. It was a juicy account on the love-lives of great ladies of the court. Roger made the mistake of handing the manuscript to the Marquise de La Baume, who made altered copies of it without his knowledge. Those copies found their way to the court and you can guess how much Louis XIV liked that… Roger tried to save his skin by sending a copy of the original to Louis, but it was still too juicy for Louis XIV and the King didn’t like at all how Henriette d’Angleterre was portraited either…

So, Roger was rewarded with another visit to the Bastille. He was arrested on 17 April in 1665. Funnily enough, the same year, he was elected to a seat in the Académie française. His stay in the Bastille lasted thirteen months and he was only released, because his health was not too great anymore after a year in a dark and damp cell. Monsieur de Bussy-Rabutin was ordered to go to his château and stay there until his presence was requested again…. that took seventeen years. In the meanwhile, Roger sat down again to scribble, writing Mémoires and Histoire, as well as plenty of witty letters to his cousin Madame de Sévigné and others. He also had the château de Bussy-Rabutin renovated and prettied it up with around five-hundred portraits of people of the court… if you can’t go to court, bring the court to you.

The Comte de Bussy returned to court for a visit in 1683 and was allowed to attend the King’s supper, but he was not greeted too warmly, which made him think that country-life wasn’t that bad after all and he headed back to his château. Louis granted him a pension of 4000 livres, as sign of official forgiveness, in 1691. It didn’t change Roger’s mind. He died on 9 April in 1693 in Autun and was buried at Notre-Dame d’Autun. 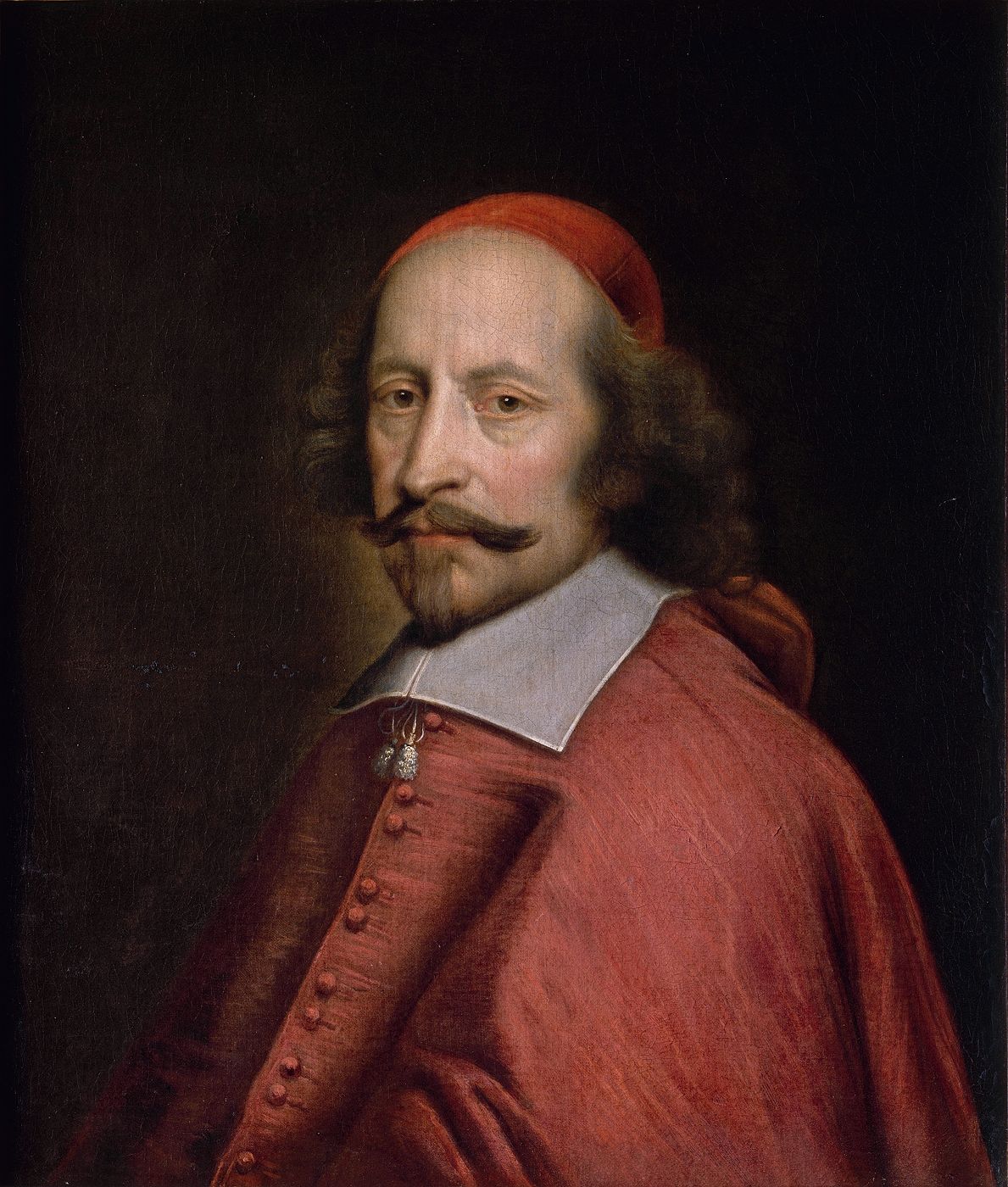 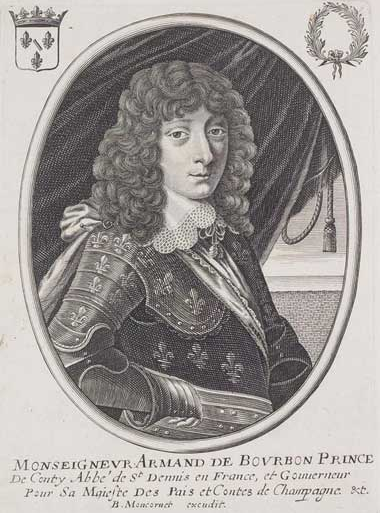 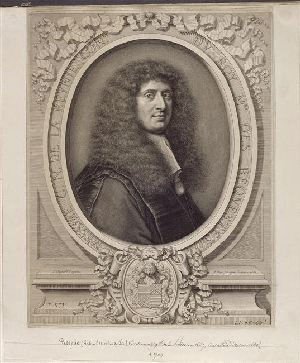