Theme License is not active! Please Activate it now to get started or if you don't have one - Buy it now.
The baptism of Louis XIV – Party like 1660
Party like 1660

Louis XIV received a so-called ondoiement shortly after his birth. An emergency baptism, something administered to a person in danger of death, or small children after their birth to make sure, if they should pass away before their actual baptism, the gates of heaven would welcome them. Louis actual baptism took place in 1643. It was the first chance to shine for Monseigneur le Dauphin, which was how he was addressed. Louis, up to his baptism, did, as common, not officially have a name yet.

The baptism and the answers Monseigneur le Dauphin had to give, were carefully rehearsed beforehand. Every step, every gesture, every word. Little Louis was probably a bit nervous about it all. It was not just his first chance to shine in front of his future court… while his baptism took place at the chapel of Saint-Germain-en-Laye, his father, Louis XIII, was in the woes of death in a different part of the château.

On 21 April 1643, a Wednesday, the court gathered in the chapel. Dressed in their best outfits, they patiently waited for the grand entries of the Queen, Anne d’Autriche, and her son. Everyone rose as the Dauphin, in company of his governess Madame de Lansac, entered the decorated chapel and gracefully walked along the aisle to his mother. He was dressed in a long and splendid robe of silver taffeta, with his head held high and an air of natural authority about him. The Dauphin walked to his mother to the sounds of the musique du Roi and both knelt down on a prie-dieu of red velvet.

The Bishop de Meaux, who lead the ceremony, greeted them both and the adoration of the Blessed Sacrament followed. Then the Dauphin was lifted, by Madame de Lansac, to stand on the arm-rest of the red velvet prie-dieu. Left and right of him, stood Cardinal de Mazarin and the Princesse de Condé, who had been selected as godparents. The Bishop approached with a deep bow and asked the Princesse what name the child should carry from this point onward. Louis-Dieudonné, she replied.

With the name being uttered by the Princesse, the Bishop stepped closer to place a few grains of blessed salt in the mouth of the Dauphin. Louis did not make a face and acted all regal and with great humility. Everyone was in awe. Then the Bishop anointed the shoulders and chest of the little boy with Holy Oil and asked him three times: Ludovice abrenuncias Satanae, pompis et operibus ejus?

Abrenuncio, replied Louis, with a firm voice. The Bishop proceeded to question his faith. Credo, replied Louis, and the Bishop anointed his forehead with the Holy Oil. Everyone knelt down now for the last part of the ceremony and Louis was handed a lit candle, which he held during the solemn blessing. The musique du Roi sounded again and the gathered courtiers left the chapel and no matter who was asked this day, they all were equally impressed by this little boy, their future King. The court was sure this day, that a child so beautiful, graceful, modest and naturally inclined to all things good, could only make a great King for France. After the ceremony, the Dauphin did not merrily go his way, but walked to the sacristy to thank the Bishop de Meaux for making him a proper Christian. Louis had rehearsed this little speech and delivered it with such politeness, everyone was once again in awe.

Meanwhile, in a different part of the venerable château, Louis XIII laid dying. The King was too weak to take part in the baptism ceremony, the death watch had already begun and Louis sought peace in prayers, which were said non-stop in his chamber. The atmosphere was sombre. As Madame de Motteville put it, the King “was dying every day without being able to finish dying.” An anecdote, of which nobody can say if true or not, tells us that Louis XIII summoned his son to his dying chamber shortly after the baptism ceremony to ask: “What is your name now, my son?” The Dauphin, still full of pride at having done so extraordinary well during the ceremony, replied “Louis XIV, father.” Louis XIII smiled briefly. “Not yet, not yet, but you may be soon, if such is the will of God.” The health of the old King made a turn for the worse on the following day. He was in such a bad state, that it was believed he would not see the end of the day.

Although it was not expected, the King saw the end of the day and lived for another three weeks… then on 14 May 1643, Louis did indeed become Louis XIV. 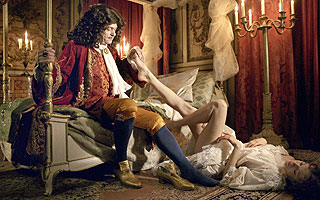 In bed with the Sun King…. 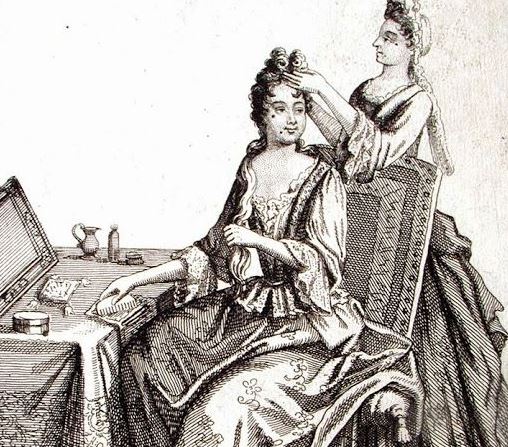 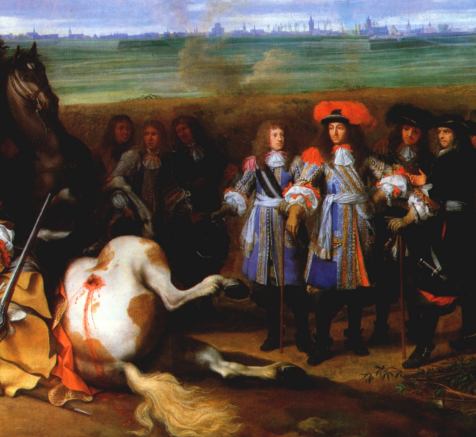 The War of Devolution