Theme License is not active! Please Activate it now to get started or if you don't have one - Buy it now.
Mistress versus Queen, or how Louise de La Vallière got into a carriage race with the Queen of France… – Party like 1660
Party like 1660

1667. The year the War of Devolution began and Louis XIV showed his great military power for the first time.

Besieged city after city falls into the hands of the French King. The Spanish have hardly time to fortify themselves, before the French knock at their gates. It is one grand victory for the young and handsome Louis XIV and in matters of love, he appears to be just as successful. The current mistress, Louise de La Vallière, is pregnant with his fourth child.

It was towards the end of May and the King enjoyed a bit of a break from the battle fields in the city of Avesnes as a longing to bathe in courtier applause made him call for wife and court. The travel was long and not too comfortable, the roads bumpy, and the accommodations that awaited them not better… but the King called to witness the fall of the besieged La Fére. Of course, the hard campaign life is not really comfortable for a pregnant woman and so Mademoiselle de La Vallière was commanded to remain back as the King called his court to him.

Louise was not entirely pleased to remain back. Her Louis had just made her a Duchesse and now she had the odd feeling it might have been a present to reward her for her services. It appeared Louis’ affections were fading…. or relocating. Thus in a rare moment of bravery, plain Louise decided to ignore the wishes of her lover and to follow the Queen to Flanders.

Marie Thérèse couldn’t quite believe her eyes as the carriage of that impertinent woman suddenly came into sight of her own. How dare she! After all the suffering she had caused. Louis enjoyed to flirt, but none of the ladies he did so with was so very troublesome to Marie Thérèse like Louise. Marie Thérèse hated this impudent thing. Hearing her name was enough to make Marie Thérèse loose her temper. She would go bright red. And Louis XIV had promised Marie Thérèse he would never touch this woman again.

The carriages are stopped. The Queen needs to recover from her shock and the ladies need to change their skirts. Marie Thérèse wishes to hear mass to calm her nerves…. and there she is again. Mademoiselle de La Vallière now has the audacity to join the Queen for mass. A unmarried lady, pregnant with her fourth child. The Queen leaps from her chair and rushes out. She panics and locks all doors, ordering that no refreshments are to be given to Mademoiselle de La Vallière.

Poor Mademoiselle de La Vallière is close to tears. All she wants is to be close to her Louis, the father of her children, her first and only love, the one who had sworn her eternal affection. At least she was provided with refreshments. Although the Queen had ordered nothing was to be given to Louise, the servants feared they might upset the King and handed her lunch over in secret.

After the Queen had recovered from this new shock, the voyage continued. All was calm in first. Marie Thérèse thought she had made her position obvious. Mademoiselle de La Vallière’s presence was not desired. It would not take long anymore now until their travel destination was reached and then she could tell her husband all about the scandalous actions of that La Vallière… Marie Thérèse could already see the group of people, among them her husband, awaiting her arrival on the little hill in the distance. Left and right nothing but fields.

Louise sees the very same from the windows of her carriage. She sees her Louis, clad in shiny armour, all handsome, a hero, a man who had just conquered city after city. If she was to arrive first, be the one to be greeted first by him, surely that must impress him. He will see that she does not mind the long travel, the uncomfortable carriage, and even feeling unwell, when she can be with him. He will remember the love he felt for her and how enchanted he was by her as they raced on horseback over the fields in the past. Louis enjoys this in a woman, a certain wild spirit… Louise urges her driver to take a shortcut over the fields. She must reach Louis before the Queen.

Again, Marie Thérèse can hardly believe what is going on as the carriage of Mademoiselle de La Vallière races past her own. She goes pale, then red. “God forbid, I should ever become mistress of the King! If such a misfortune should befall me, I would not dare to show my face in presence of the Queen.” says Madame de Montespan to the Queen, probably adding in thought how fantastic it is Marie Thérèse has no clue of Athénaïs’ own ambitions in the mistress department. The intentions of Mademoiselle de La Vallière are quite clear now to the Queen. The mistress wishes to be the first to be greeted by Louis XIV, as if the mistress was Queen herself. Marie Thérèse won’t have any of this and urges her driver to make use of the whip.

And on goes the wild ride… the carriages race after each other over the fields, up the small hill on which the King awaits them. The ladies gasp and groan as they are shaken. Since they are to meet the King, every single one of them is wearing their best gown and decked out with jewels, their coiffure almost pieces of art, just as if they had been invited to a ball or reception. They slide over the seats in their expensive brocade dresses, their heads bump against the ceiling, the pearls around their necks tangle, as Queen and mistress urge their drivers to go faster and faster.

Louise de La Vallière wins the race. Her carriage reaches the oddly calm looking King first… he fights to stay so. From his little hill, Louis XIV observed it all. How the mistress that was ordered to remain back, over took the Queen. How she acted against his wishes and on top of that broke etiquette. Louis greets Louise, but instead of a warm greeting, the one she had hoped for, he only speaks a few words and those words hint no affection. “What, Madame? Before the Queen?” the King says, before turning away from her.

The King proceeds to the carriage of the Queen, leaving Louise, desperate and with watery eyes, behind after having ordered quarters are to be prepared for her. He finds his wife and her ladies in quite the disarray and they urge him to join them in the carriage. Non, says Louis. He can not. He spent all day inspecting troops and in muddy trenches, now he is covered in mud himself. He could not possibly jump into the carriage in such a state…. such a gentleman….. but if the King does not join them in the carriage, it means for the ladies they have to get out of it. In a haste, they all try to straighten their gowns and fumble with their curls, in order to appear somewhat decent. In vain. They still look like they have just run a mile.

In contrary to what she had hoped for, Louise spends the next days in disgrace. She is allowed to join supper and mass, but merely due to her new rank as Duchesse and the respect such a rank must be shown. Louise receives no private nightly visits from her Louis. Marie Thérèse, although having lost the race, appears to be the winner. Louis treats her will subtle affection, making clear he will not tolerate something like Mademoiselle de La Vallière had dared. He may not love his wife, but his wife is Queen of France and to be treated as such. The Queen watches with heart-eyes as Louis presents her the keys to the cities he had conquered for her and rejoices as she hears her husband, like he had promised, does indeed not touch Louise de La Vallière anymore. Louise spends her days weeping.

What both women do not know, is that their King spends the hot summer nights in company of a certain Athénaïs. 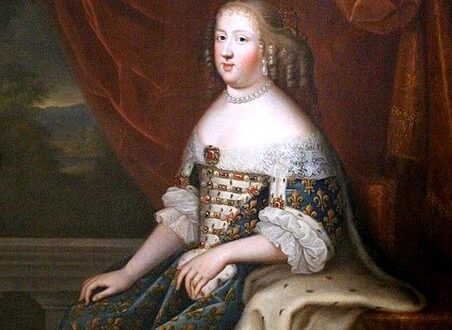 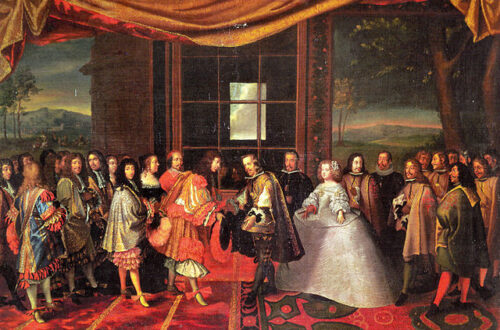 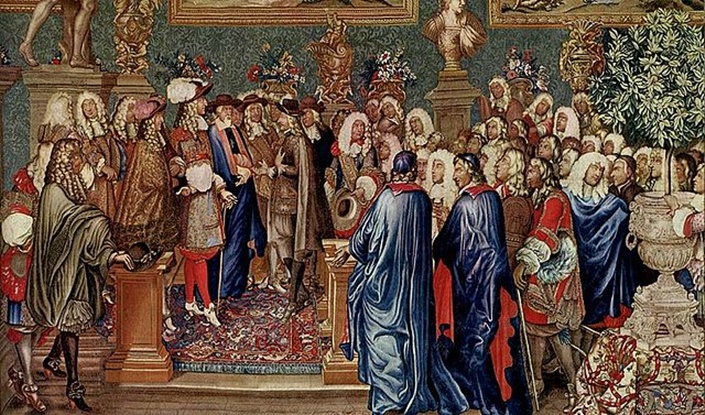 The contest for precedence, or a turbulent day on London’s streets…