1 July, the price for a bag of wheat of the best quality reaches new heights. In Paris one has to pay 25 livres now, one year ago it were only 15 livres.

4 July, his Majesty receives word about the formal entry into Florence of the Grande-Duchesse de Toscane (Marguerite-Louise d’Orléans) which was celebrated on 20 June.

4 July, Anne d’Autriche receives a letter from the disgraced Cardinal de Retz, who puts his interests in her hands. She does not reply.

6 July, their Majesties welcome the dowager Queen of England back at Fontainebleau. The King still spends much of his time in company of her daughter, whose star shines brighter than ever.

7 July, the King enjoys a promenade in the park with the Queens. (His wife, his mother and his aunt, the Queen of England.) Afterwards he receives Monsieur de La Barde, who has returned from his embassy to Switzerland, and the ambassador of Venice.

9 July, his Majesty rides out to hunt wild boars, which he then presents to the Queen of England.

11 July, the King dines with the Queen of England, before she leaves Fontainebleau.

12 July, Monsieur Fouquet hosts a celebration in honour of the Queen of England at Vaux-le-Vicomte. Molière’s L’École des maris is being performed.

13 July, rumour has it the attentions of the King have shifted from Madame to one of her demoiselles. Perhaps the work of the Queens, who talked with him about his improper behaviour towards Madame.

16 July, the King visits Bains with Monsieur and upon returning, joins the their Majesties, his wife and mother, for a promenade.

17 July, Monsieur hosts a splendid ball for the court. A grand ballet is planned on the 23rd.

18 July, the King receives the deputies of Languedoc, then goes to hunt boar.

22 July, the Marquis de Créquy (François de Créquy) takes his oath and receives out of the hands of the King the office of Commander of the Galley Fleet, which was previously held by the Duc de Richelieu and was vacant after his death.

23 July, the court gathers for the Ballet des Saisons, a grand spectacle. One of the nymphs is danced by a Mademoiselle de la Vallière, who serves Madame, and is often seen in conversation with the King. His longing gazes are hard to ignore. Madame appears to be displeased.

24 July, the King attends the prayers said at the église Carmes des Basses-Loges to thank God for the Queen’s good health during her pregnancy.

24 July, their Majesties and the court listen to a violin concert at the jardin du Tibre, illuminated by the soft shine of torches.

26 July, the King receives the Comte de Tot, ambassador of Sweden, and dissolves the office of colonel-général de l’infanterie. The Duc de Gramont is made colonel des gardes françaises.

Around 26 July, the Duc de Navailles (Philippe de Montault de Bénac) takes an oath and receives out of the hands of the King the office of governor du Havre. His Majesty receives an envoy of Christina, Queen of Sweden.

26 July, the Ballet des Saisons is performed again. The King and also Monsieur participate in the performance.

27 July, Alessandro Farnese, brother of the Duc de Parme, who has visited incognito, is received by the King for a hearty farewell.

30 July, the Ballet des Saisons is performed again, the King represents spring. He appears much taken with Mademoiselle de La Vallière, who represents a nymph. 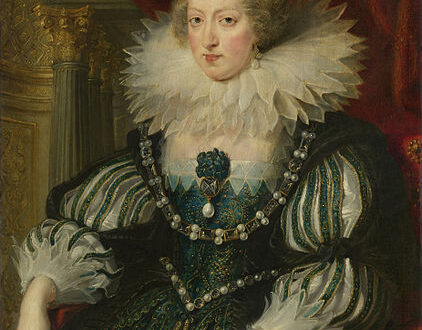