1 June, their Majesties attend mass at the chapel.

6 June, their Majesties receive Cardinal de Retz, who has been allowed to visit Fontainebleau to pay his respects to his Majesty. Cardinal de Retz will depart for Paris, where he has not been since 1652, afterwards.

7 June, his Majesty receives the ambassador of Venice.

8 June, Trinité, the royal family attends the procession of the Saint Sacrement, then mass and a sermon of père Mallé, after which his Majesty receives the ambassador of Savoy.

12 June, fête-Dieu, the royal family attend the procession at the cour du cheval blanc, after which they proceed to the chapel, around noon, for a sermon of père Mallé and vespers.

14 June, Mademoiselle arrived today at Fontainebleau and was warmly greeted by the rest of the royal family.

15 June, his Majesty receives Monsieur Blumenthal, envoy of the Elector of Brandenbourg.

19 June, his Majesty and her Majesty, la Reine-Mére, attend the procession of the Saint-Sacrement, followed by mass in the chapel.

21 June, his Majesty, returning from the hunt, enjoys a promenade in company of Madame and Mademoiselle, followed by snacks and music.

22 June, his Majesty issues a royal declaration regarding the usurpation of his nobility. His nobility must thus provide written proof, dating at least a century back, of their noble status.

26 June, it is said, the exile of the Duchesse de Navailles has to do with her opposition against his Majesty’s private matters. His Majesty had already reprimanded her for it. The Duchesse, being dame d’honneur to her Majesty and responsible for her Majesties ladies, was annoyed about the gallants visiting her Majesties ladies in secret. She thus had passages blocked and windows barred to prevent the gallants from entering. It is said, that by doing this she also prevented his Majesty from seeing Mademoiselle de La Vallière, which angered his Majesty very much. It being not the first time the Duchesse has angered him, he decided to exile her. Her poor husband, it is said, has nothing to do with it all, but was ordered to share her fate. 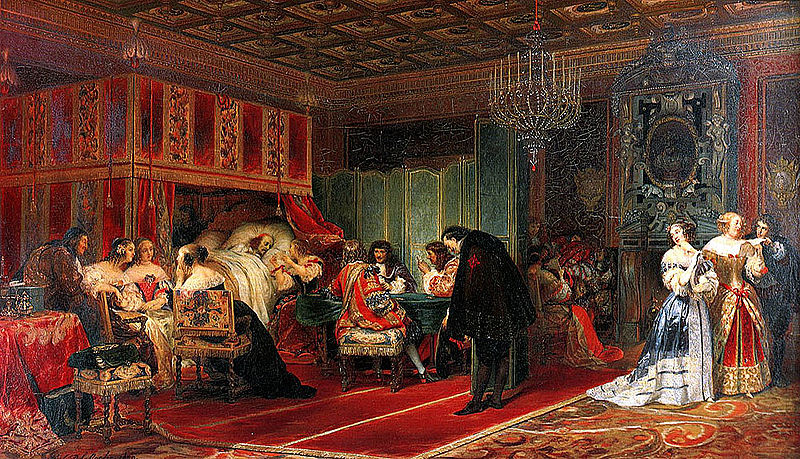