Louis XIV enjoyed to eat. A lot. Although, as he said himself, he never really felt such a thing as hunger and could go the whole day without eating anything, once the first drop of broth made contact with his royal tongue, he developed an appetite that was hard to satisfy.

The King was one of very few people at his court who did not have the habit of eating a little something in between the actual meals and there was no table loaded with snacks somewhere in his apartments, as it was custom for most people. He usually only ate when it was time for breakfast, lunch or supper… but then he ate a lot.

As everything else in Versailles, the King’s meals were a public spectacle. Especially le Grand Couvert, his meal in the evening, was a must see…. not only because Louis XIV paid attention to who was there and who not.

The Sun King’s day started with a light breakfast during the grand ceremony of him getting out of bed. For breakfast, Louis XIV enjoyed a cup of broth or a bit of his favourite kind of bread dipped in wine, or things like cold sliced meat. Accounts vary on whether the King enjoyed a cup of coffee, tea or hot chocolate. The latter was quite common to have for breakfast, for it was believed to stimulate the senses and get one ready for the day.

For Lunch, le Petit Couvert, Louis mostly preferred the privacy of his chambers, where he would sit at a table facing the window. Sometimes he enjoyed his meal alone, sometimes he was in company of members of his family or advisers. On the menu were various dishes that varied with the seasons along with different soups as starters, pheasant, chicken, mutton and gravy, ham, boiled eggs, salads, pastries, and fruits, fresh or candied. The amount of dishes served at the Petit Couvert was less than those served during the Grand Couvert, but Louis tended to consume more of the served food at lunch compared to what he ate during his evening meal.

The Grand Couvert usually took place around 10 o’clock in the evening and was served in the l’antichambre du Grand Couvert of the Queen’s Apartment during her lifetime. The King sat, on a comfy armchair placed on a pedestal, with his back towards the fireplace, at a large rectangular table. If guests had been invited by the King to join him, they were seated on the shorter sides of the table, in order to keep the line of view clear for all those that came to witness the spectacle. Usually so many people attended that either everyone had to squeeze themselves in to get a glance, or if it was too full the unlucky ones had to try to get a glimpse of the King from the adjoining Guard Room of the Queen. The place directly in front of the table had to remain clear in order to not interrupt the serving of the various dishes that were brought in as musicians played in the opposite corner. The curious onlookers had to stand, while a few stools were provided for those dames with the privilege to sit in presence of the Queen.

The table, at which the King sat, was richly decorated with gold and silverware or crystal on flawlessly white tablecloths. Louis had quite the collection of tableware and silver centrepieces at his disposal, A whole 324 people were involved in the preparation of the Sun King’s meals. They were part of the Service de Bouche, the service of the King’s mouth, and responsible for all aspects of Royal Dining. The Paneterie took care of the table and tablecloth as well as the bread that was served. The Ènchansonnerie was responsible for the wines and water that were served. The Cuisine Bouche and the Fruiterie took care of the candelabras and fruits, the Fourriére was responsible for coal and fire. ( For a more detailed account on who did what, have a look here.)

Nothing about this meal was common. The napkins were folded in the most extraordinary shapes, even those that were wrapped around the bread as it was served, and with every course they were changed for fresh ones. The plates were of silver. The dishes in which the meals were served either made of silver or gold-plated by the most skilled smiths. Fruits were piled up to large pyramids. Each course was escorted by guards on the long way from the kitchens to the King’s table, while servants loudly announced to everyone that was passed, by what they just were passed, as they respectfully bowed to the dish. Oeufs pour le Roi.

When the dishes finally made the long way from the kitchens to Louis XIV’s table, everyone was quite in an awe of their vastness. Each course, or service as it was called during Louis’s time, consisted of several different dishes.

The First Service, called hors d’oeuvre, was as the name hints only the appetisers. Things as pheasant, usually decorated with feathers, pâté in a crust, shellfish, crustaceans or soups were served to stir the appetite and remained on the table until the end of the meal. Each dish that was brought in, was first presented to the King and then to all others present, while the nature of the beautifully arranged dish was announced. Depending on what course was served, up to forty people were involved in the mere carrying it to the King’s table. Once presented to everyone, the dishes were placed on the table, but not in random order. They were placed so that they would form some sort of pattern, like a diamond or a square, with the larger dishes at the centre and the smaller around them.

Louis signalled whenever he was done with a course and the next could be brought in. The hors d’oeuvre were then followed by roasts and pies made of chicken, duck, capon, pigeons, turkey, boar, pullet, venison, hare, fish, woodcocks, beef, lamb, calf, oysters and sea-fruit, and even turtles. All of that not by itself of course, each dish had its supplement. Things as rice or vegetables. Those were grown in the Kitchen Garden of Versailles and Louis was particularly fond of young veggies, like peas and beans.  All ingredients of the Sun King’s meals always depended on the season and were regional, apart from the fish. The fish was brought from the coast to Paris, where it arrived in the early hours of the day. It was then brought to Versailles, where it had to be at 5 o’clock in the morning.

By the time Louis XIV finished nomming, he had tasted up to thirty different dishes and usually pocketed some of the candied fruit, which he would then eat on the way to bed.

“He could eat four plates of soup, a whole pheasant, a partridge, a large plate of salad, two slices of ham, mutton au jus with garlic, a plate of pastry, all followed by fruit and hard-boiled eggs.” ~ Liselotte von der Pfalz

Eating so much inflicts thirst too. Louis XIV’s favourite drink to go with his meals was either wine or champagne. He drank the latter in masses, much to the displeasure of his doctors. They thought it was bad for his health to drink so much champagne as he got older and prescribed him to drink watered down Burgundy instead. Other drinks Louis consumed during his meals were sage or veronica, he drank this almost daily as he got older on behest of the Messieurs Physicians.

More on the topic of dining: 17th Century Table Etiquette and Three Recipes From The Time Of Louis XIV. 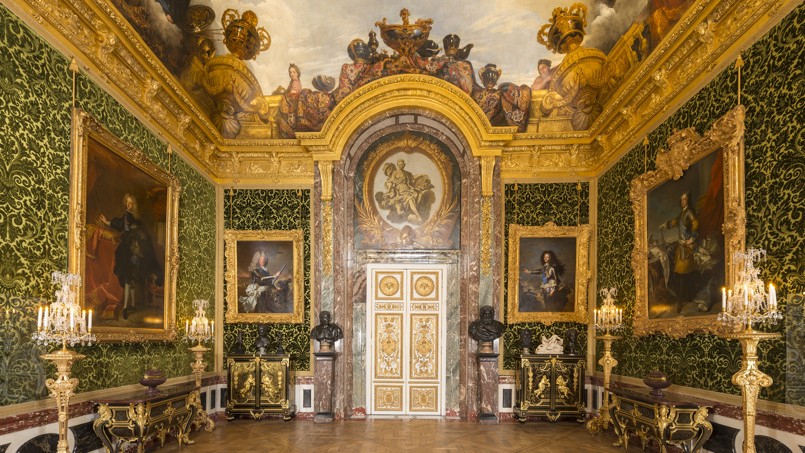 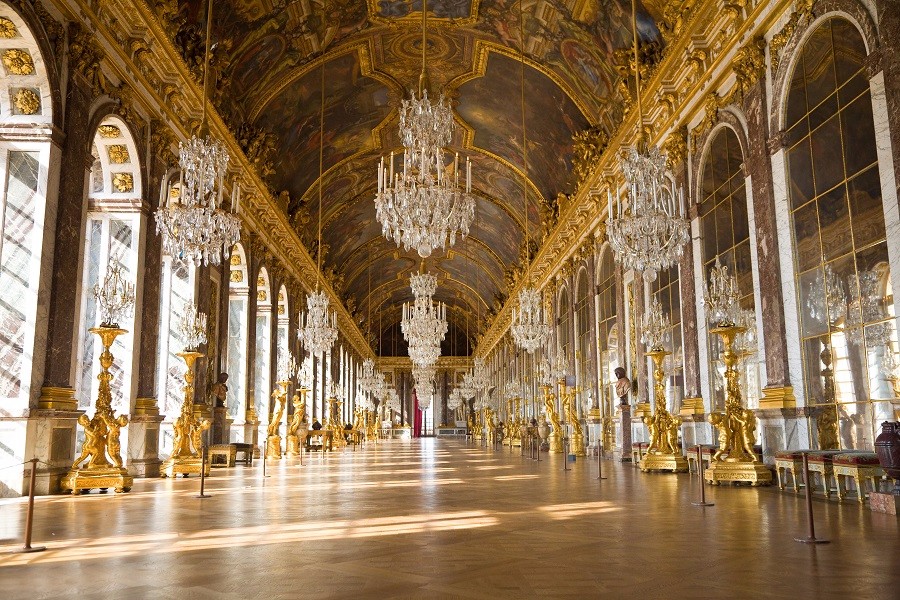 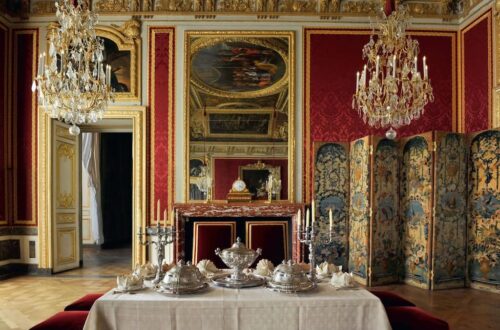