If you would meet a courtier of Versailles, pretty much the first thing you would notice would be their odd way to walk. Just like with everything else, there were actual rules on how to walk and it was quite the art. Compared to today, where we set one foot in front of the other, the 17th century walk looks a bit like the waddle of a feather-legged dove.

Walking is supposed to resemble the graceful foot movements of dancing, thus it is no surprise that the stance, the way one stands, is a ballet position. A courtier in Versailles, or any other nobleman, would stand by placing their feet in the third ballet position. One foot being placed at an outward angle with the heel of the other being placed close to the arch with a slight angle. This stance of the feet is the basic position on which pretty much everything else is based on, from walking to bowing and dancing. When standing, the head should be held straight, the shoulders pushed slightly back, the arms at the sides of the body, with the hands being not closed and not fully open.

The first step, as the phrase says, is the hardest. One started, usually, with the left foot by putting the weight on it, so that the right foot rises slightly. Then in a smooth movement the right foot is placed before the left, with the toes pointing outwards. The heel of the right foot, should be placed in front of the left and the distance between both feet should never be more than the size of the foot. A crossing of steps is a no go and the knees should be bent slightly to keep the body straight and prevent a buckling of the legs. (This sounds as complicated as it is. Myself and the lovely Jules Harper actually did it on the cobblestone of the place d’Armes in front of Versailles. It must have looked funny to the rest, but we noticed that by walking this way, the uneven cobblestones, and it is very uneven there, are easier to master than when walking normally. Try it out.)

It is important to walk with grace and to keep a speed that is neither slow as a tortoise nor too fast. When walking with a lady, the gentleman may offer her his arm, in which case the lady will place her fingertips lightly on the hand of the gentleman. Holding hands or linking the arms was something way too intimate to be done in public and considered very bad taste. When walking outside in the gardens, the gentleman may offer a lady his arm as well, but only for a brief time. When done for too long, it would imply the path is untidy and the owner of said garden does neglect to take proper care of it. 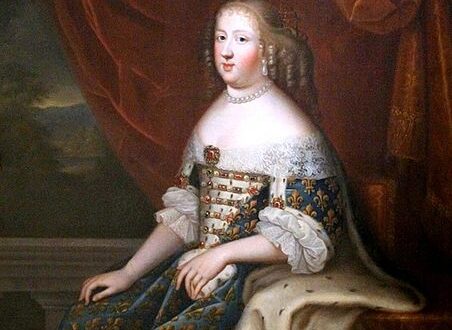