Louise-Françoise was the fourth child born to Louis XIV and Madame de Montespan. Her birth, on 1 June in 1673, took place in slightly unusual surroundings. Madame de Montespan accompanied the King, along with the rest of the court, on a military tour through Flanders.

Reaching Tournai, 85 kilometres southwest of Brussels, Madame de Montespan was forced to halt as the first signs of labour showed themselves. The court continued its voyage, while Madame de Montespan gave birth to a little girl. Two days later, 3 June, she joined the court again as if nothing happened.

The little girl was brought secretly and swiftly to Madame Scarron, who was already looking after her brothers Louis-César and Louis-Auguste, in a comfortable Parisian Hôtel in the rue de Vaugirard. On December 18, the little girl was baptised Louise-Françoise at Saint-Sulpice with Louise de La Vallière and her brother Louis-Auguste, represented by a priest, acting as godparents.

Two days later, on December 20, all three still living children of Louis XIV and Madame de Montespan were legitimised by the King. Louis-César received the title Comte de Vexin, Louis-Auguste that of Duc du Maine, and Louise-Françoise was given the courtesy title Mademoiselle de Nantes.

Nicknamed Poupotte by her parents, Louise-Françoise moved, along with her brothers, from the Parisian Hôtel into the chateau de Saint-Germain-en-Laye in 1674. A residence more fitting for the King’s children. The same year, the three were joined by another sibling. Madame de Montespan gave birth to another girl, Louise-Marie-Anne, called Mademoiselle de Tours, at Saint-Germain in November 1674. Louise-Françoise was immediately taken with her little sister…. not so much with their governess. She did not like Madame Scarron, the future Madame de Maintenon, too much.

At court, Louise-Françoise was much adored by everyone. She was an adorable child, slightly cheeky and at times naughty, having inherited her father’s love for dancing and her mother’s famous sharp tongue. Madame de Caylus called Louise-Françoise “a pretty little cat, that, while one plays with it, lets one feel its claws”. And Saint-Simon writes: “her face was formed by the most tender loves and her nature made to dally with them. She possessed the art of placing everyone at their ease; there was nothing about her which did not tend naturally to please, with a grace unparalleled, even in her slightest actions. She made captive even those who had the most cause to fear her, and those who had the best of reasons to hate her required often to recall the fact to resist her charms. Sportive, gay, and merry, she passed her youth in frivolity and in pleasures of all kinds, and, whenever the opportunity presented itself, they extended even to debauchery.”

As Mademoiselle de Nantes was eleven years old, her papa secretly arranged her betrothal. Louis XIV and Henri-Jules de Bourbon, then Duc d’Enghien, decided that Louise-Françoise should marry the Duc d’Enghien’s eldest son Louis, Duc de Bourbon. The betrothal was kept secret until the following year, due to the young age of the bride.

The betrothal was made public in April 1685 and celebrated on July 23 at Versailles with a drive on the Grand Canal and a supper at the Trianon. The wedding took place on the next day with all the court present. The bride was twelve years old, the groom seventeen. The Sun King showed himself quite pleased about the match and gave his daughter a dowry of one million livres, along with 100.000 livres in jewellery and gems, and also granted the couple a monthly pension of 100.000 livres.

Mademoiselles de Nantes thus became Madame le Duchesse de Bourbon and was at once separated from her hubby again for the next months. The Marquise de Sourches said about the wedding it seemed a ridiculous affair of marionettes.

The new Madame la Duchesse was not that fond of Monsieur le Duc… and the other way around. Monsieur le Duc engaged in mistress contact, in a not too discreet way, and neglected his young wife. In the meanwhile, Madame la Duchesse amused herself with dancing and gambling. She was not always successful at the latter, for her losses could reach huge sums, one time it were 120.000 livres, which she could not pay herself and thus had her papa pay it for her.

One year into the marriage, Louise-Françoise fell ill with smallpox during a stay at Fontainebleau. The illness hit her with all its might and the royal physicians were sure she would not survive it, but she did. While her hubby was otherwise engaged, his grandfather, le Grand Condé, nursed Louise-Françoise back to full health. Le Grand Condé caught the smallpox too as he nursed her and did not survive it.

That Louise-Françoise had been close to death, did nothing to improve the relationship with her husband. He continued his debauched lifestyle and she in turn adopted an equally debauched one. Her sharp tongue became feared, like that of her now disgraced mother had been.
Madame la Duchesse grew closer to her mother after la Montespan left court in 1691 and visited her often at the convent of the Filles de Saint-Joseph. She was deeply affected by her death in 1707, unlike the Duc du Maine, who rejoiced he got an inheritance worth a fortune.

Louise-Françoise gave birth to her first child in 1690 at Versailles. It was a daughter, Marie Anne Éléonore, and unfortunately she inherited the Condé madness. This madness, so it was claimed came from the Plessis de Richelieu side of the family, aka Claire-Clémence de Maillé. Le Grand Condé married Claire-Clémence de Maillé in 1641 and kept her semi-prisoner for most of her life on claims of adultery. Their son Henri-Jules, Louise-Françoise’s father-in-law, was considered positively insane. He abused his wife, Anne de Bavière, and beat her, barked randomly at people, unless in presence of the King, then he opened a window to bark out of it, and displayed all sorts of really strange and abusive behaviour. The Duc de Bourbon, showed signs of madness too. He did not bark, but was violent and cruel like his father. He was macrocephalic, a condition in which the head is abnormally large, while being quite small in matters of height and his skin had a yellowish-orange tint.

Eight more children followed between 1692 and 1709. One of them, Marie-Anne de Bourbon, born in 1697, was rumoured to be the fruit of an affair Louise-Françoise had with the dashing François-Louis de Bourbon, Prince de Conti, who was married to a sister of her husband and engaged in affairs with both genders. The Duc de Bourbon was furious as he discovered the affair and how Louise-Françoise’s half-brother, the Dauphin, aided the whole thing by allowing them to meet in secret at his chateau. But he did not dare to make a public scene… out of fear Louis XIV, his kingly father-in-law, might act in turn then. This affair lasted from around 1695 to 1697 and came to an end as the Prince de Conti was called to Poland.

Louise-Françoise was quite close to her half-brother and the brain of his clique at Meudon. She was however not so close to her other siblings and entertained an eager rivalry with her younger sister Françoise-Marie, called Mademoiselle de Blois. Especially from the time on Françoise-Marie got married and became the Duchesse de Chartres. She married in 1692 and her groom was the heir of Monsieur, brother of Louis XIV, thus Françoise-Marie outranked her older sister Louise-Françoise, while previously it had been the other way around. Louise-Françoise did not like that one bit and intrigues between the sisters became an almost daily routine.

As Louise-Françoise’s insane father-in-law died in 1709, her hubby inherited the title Prince de Condé, but not the rank of Premier Prince du Sang and the traditional form of address of Monsieur le Prince that came with it. The rank of Premier Prince du Sang was instead given to the Duc d’Orléans, formerly Duc de Chartres and hubby of Françoise-Marie. The Princes de Condé used the style of Monsieur le Prince for over a century, which came with various privileges, including the right to a household paid out of state revenues, and the fact that it was taken from the Condés and given to the Orléans was not at all agreeable to Madame la Duchesse. Thus although being in fact Princesse de Conti now, Madame la Duchesse carried on to be Madame la Duchesse, while her younger sister was entitled to the address Madame la Princesse now. (The First Prince of the Blood –Premier Prince du Sang– is the most senior, by primogeniture, male member of the royal dynasty who is neither a fils de France nor a petit-fils de France. It was not always clear who this actually applied to, thus the King had the last say in the matter.)

The new Prince de Condé died in 1710, by then quite mad too, and Louise-Françoise adopted the style Madame la Duchesse douairière instead of the Madame la Princesse de Condé douairière she should have actually taken. Louise-Françoise was no that affected by the demise of her husband. The death of the Prince de Conti, in 1709, had affected her way more. The death of her husband actually granted her more freedoms and she became the centre of the court in the following years.

Madame la Duchesse douairière was happily in love again one year after the death of her husband, as she began an affair with Léon de Madaillant de Lesparre, Marquis de Lassy. Her half-brother, the Dauphin, died the same year.

After the death of Louis XIV, the Duc d’Orléans became Regent for the young Louis XV… thus Françoise-Marie was now the wife of the Regent and the most important woman in France.

Louise-Françoise had the Palais Bourbon built during her widowhood. It was inspired by Versailles Grand Trianon and had a Galerie which overlooked the Seine. Her lover, the Marquis de Lassay, had the Hôtel de Lassay built next to it and had his residence connected to the Palais Bourbon by a corridor.

Madame la Duchesse’s last years mostly circled around her family. Her daughter Louise-Élisabeth, who married the heir of Louise-Françoise’s former lover the Prince de Conti, had an affair with a certain Philippe Charles de La Fare, which led to a physically abusive outburst by her husband. Louise-Élisabeth fled to her mother to live with her at the Palais Bourbon. Louise-Françoise’s son Louis-Henri, prime minister to Louis XV from 1723 to 1726, fell into disgrace and was exiled from court.

Louise Françoise de Bourbon died on 16 June in 1743, at the age of seventy and was buried at the Couvent des Carmélites du faubourg Saint-Jacques. The very convent Louise de La Vallière fled to after Madame de Montespan took her place. 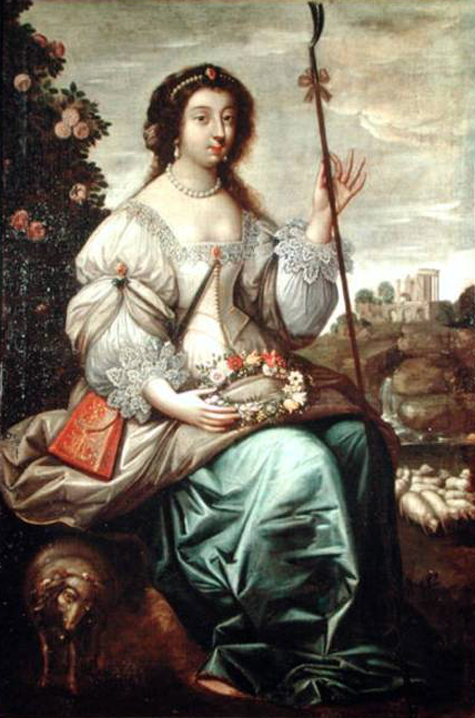 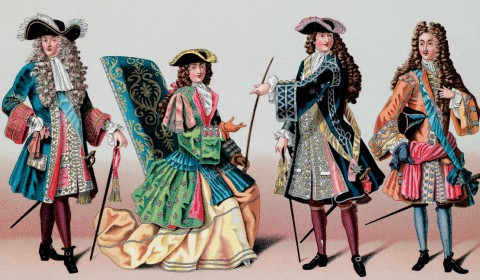 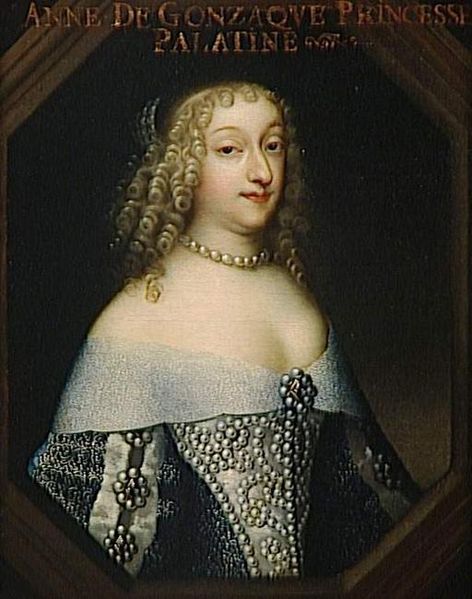